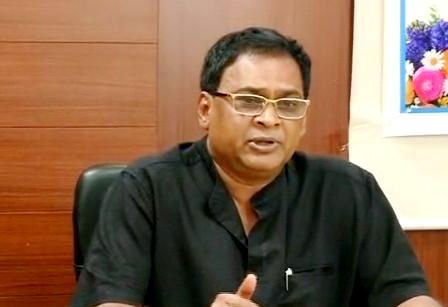 Bhubaneswar: The Odisha government on Sunday said it will take exemplary action against the supply of fake COVID-19 drugs.

The Drug Controller and police have been instructed to raid medicine outlets across the state and sternly act against those indulging in these illegal activities, Health and Family Welfare Minister Naba Kishore Das told the media.

Das informed that fake Favipiravir tablets seized from some medicine outlets in Cuttack city on June 10 were sent to laboratories in Bhubaneswar and Kolkata for tests.

The minister’s statement came a day after a public petition was made to Chief Minister Naveen Patnaik regarding the sale of fake COVID medicines in the state.

“We realised that the death toll might be high due to several duplicate medicines taken by our people during home isolation.” Vice-President of Odisha Nagarik Samaja Basudev Bhatt wrote in an email to the CM.

Calling the deaths due to spurious medicines as a man-made disaster, Bhatt alleged that drug control in Odisha has failed to serve the people.

“We demand you should order to Odisha state Medicine Corporation (OSMC) to take control of all medicines and supply medicines to all shops with banding of corporation to stop illegal and duplicate medicines in future,” he added.

Das also said the state government  has taken preemptive measures against the possibility of a third COVID-19 wave.

These measures include setting up a total of 1610 general beds and 610 ICU beds for children across all district headquarters and sub-divisional hospitals as experts have expressed apprehension that this section of the population will be most affected during the third wave, the minister said.

“Besides, a proposal has been given to the authorities of Sishu Bhawan in Cuttack to create a special paediatric block,” he added.