Bhubaneswar: Chief Spokesperson of the Odisha government on COVID-19 Subroto Bagchi on Wednesday said that the 29-year-old youth from Bhadrak district, who tested positive for the virus the previous day, had come in contact with seven persons.

“The fourth patient is a professional who worked in Dubai. He flew to Kolkata in an Emirates flight on March 18 and then took a taxi to the railway station. He was alone in the taxi. He then boarded the S-11 coach of East Coast Express for Bhadrak the same day,” Bagchi said.

The youth then took an auto home and stayed in isolation. “His swab samples were collected for test on March 30 and the results was received the following day,” he added.

He said 610 test reports was received on Wednesday and the total number of positive cases in the state remained at four.

The other details are as follows. 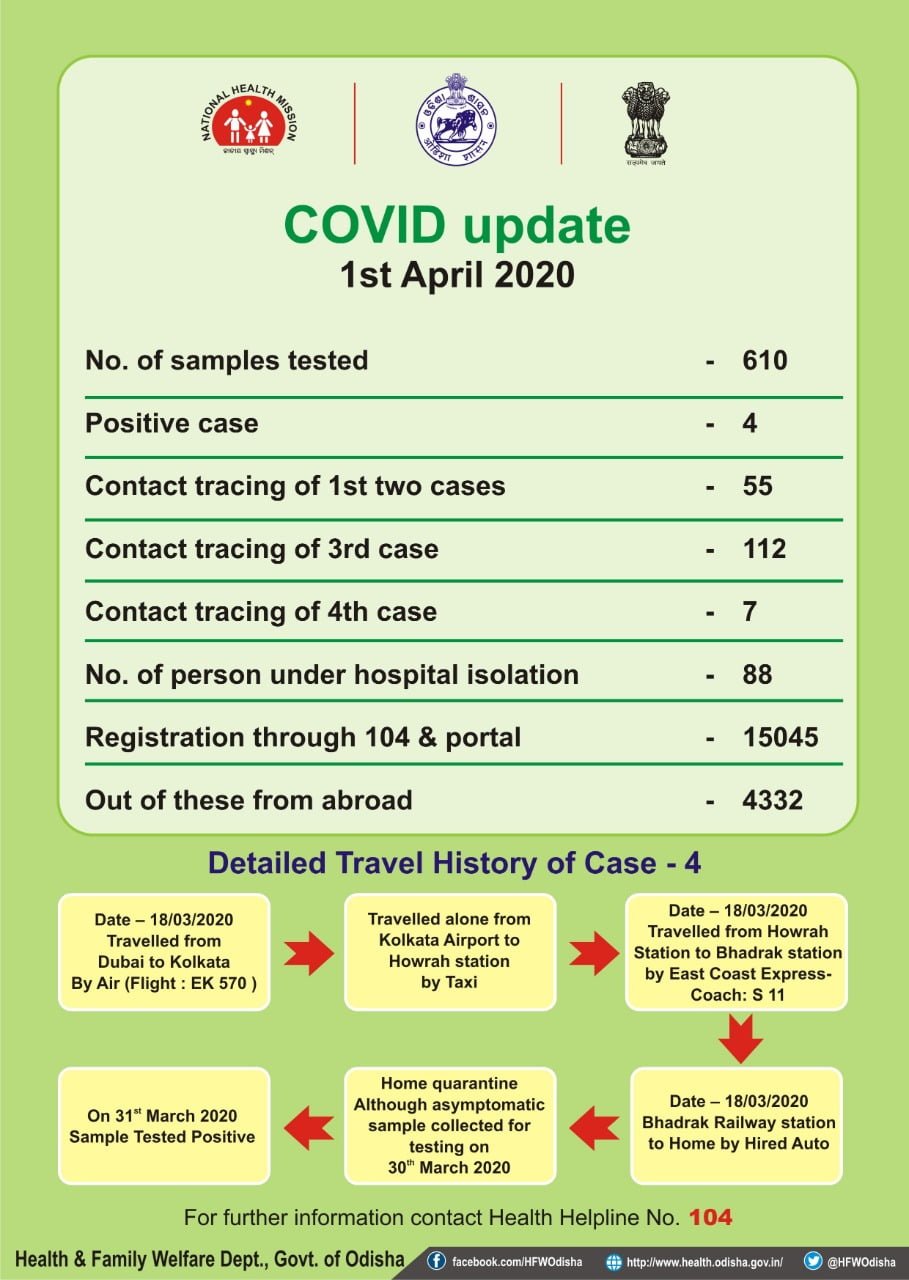 Maruti Gives Tips: Here’s How To Maintain Your Car During Lockdown

No Shortage Of Essential Items During Lockdown In Odisha, Assures Kumar

Want To Prevent Summer Breakouts On Your Skin? Find Out How

VSSUT At Burla In Sambalpur Shut Down For Seven Days

COVID-19 Fallout: Immunity From Antibodies May Not Last…