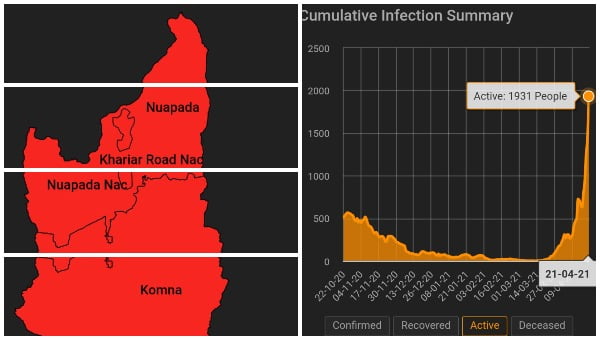 Nuapada: The tribal-dominated Nuapada district, having 5.65 lakh population and sharing borders with Chhatisgarh, is witnessing a steady spike in COVID-19 cases since the last week of March.

Five patients have succumbed to the coronavirus and another 1020 have been infected in the last two days.

According to the State Health Department’s tweets, 7 of the 29 deaths in Odisha since April 1 have been reported from Nuapada. While two patients died of COVID-19 on April 12, another three succumbed on April 20 and the remaining two on April 21.

However, a report published in The Hindu said that 19 patients had died in a COVID hospital in the district since April 6.

Head of Nuapada COVID hospital Sudhir Ranjan Nayak told the national daily that 19 of those admitted have succumbed but only six deaths have been audited.

A patients’ death is attributed to COVID-19 only after the reason behind it is properly examined in accordance with the state government’s protocol.

The Nuapada Journalists Association has put the number of deaths at 31 and 10 among them referred to hospitals outside the district. 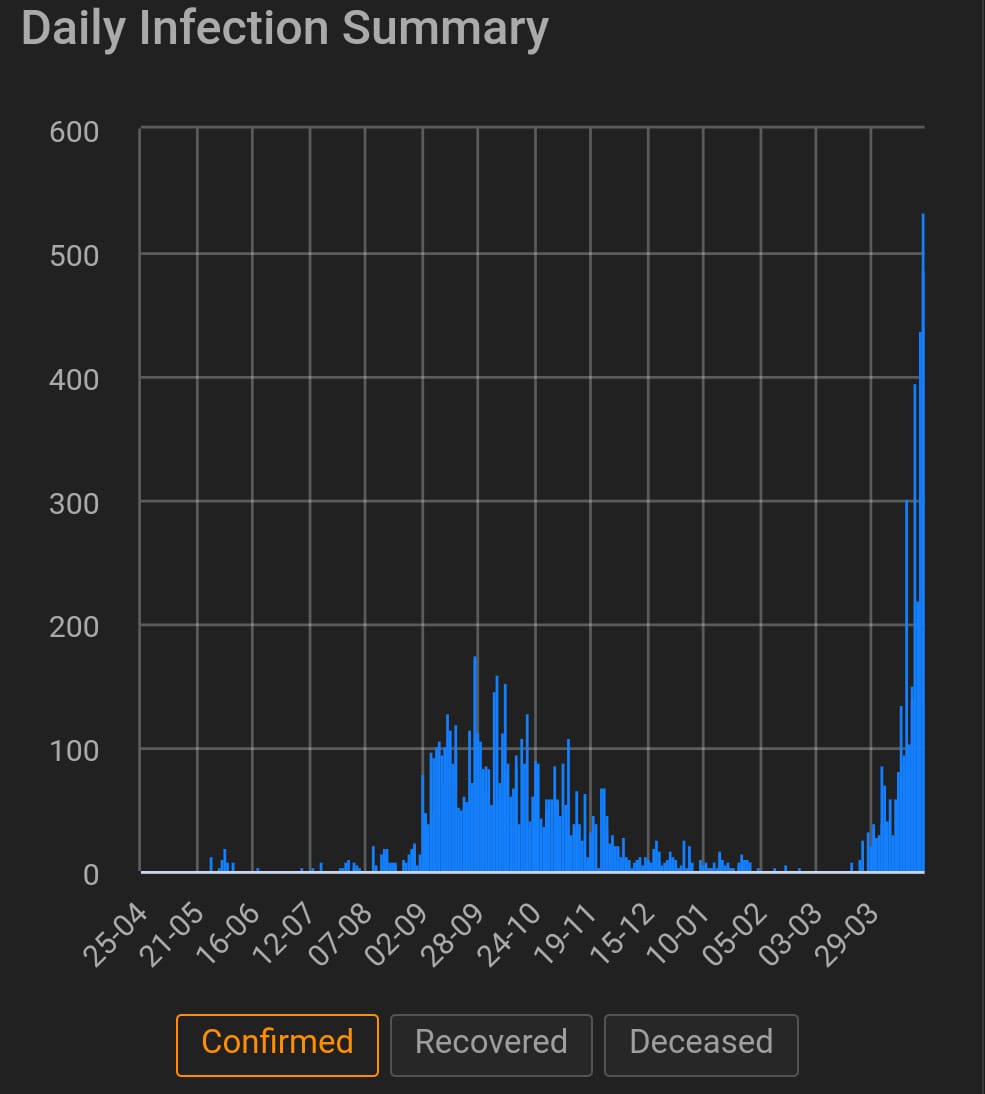 Locals feel the deadly virus could have spread in the district considering its proximity to neighbouring Chhattisgarh’s Mahasamund district which is badly hit by the pandemic.

The report further said that six bodies were cremated in Sambalpur on Tuesday and another three were sent to reach the Rajghat cremation ground later in the day. The government has, however, put the toll in this district at 1 since April 1 and the patient had succumbed to the virus on April 17.

Similarly, Keonjhar has reported four COVID-19 deaths while three each have been registered in Sundargarh and Balangir, two each from Jharsuguda and Kalahandi and one each from Puri, Khurda, Cuttack, Rayagada, Mayurbhanj, Jajpur and Ganjam.