Odisha’s Pipili Bypoll To Be Held On A Fresh Date 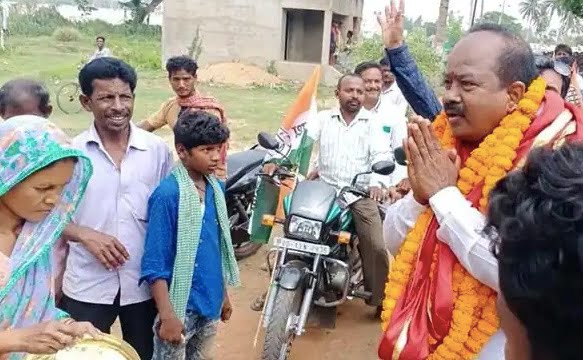 Bhubaneswar: Following the death of Congress’ candidate Ajit Mangaraj, the by-election to Pipili Assembly constituency has been deferred. It will now be held on a fresh date.

Informing this, the Returning Officer for Pipili bypoll Pradip Kumar Sahoo said “A very sad event occurred today. We received the news of the demise of Ajit Mangaraj, who was contesting the Pipili bypoll on a Congress ticket.”

According to Section 52 of Representation of People’s Act 1951, if the candidate of a recognised national party or state party dies, the poll is adjourned. Going by this rule,  the Pipili by-elections have been deferred, said the Additional District Magistrate.

The bypoll was slated for April 17 and 10 candidates, including Mangaraj, BJD’s Rudra Pratap Maharathy and BJP’s Ashrit Pattnayak, were in the fray.

The Congress party will be allowed to field a new candidate, Lohani said.

Mangaraj breathed his last on Wednesday while undergoing treatment for COVID-19 in a private hospital here. He had tested positive for the virus on Saturday and his condition was critical.

The bypoll was necessitated following the sudden demise of Pipili MLA Pradeep Maharathy in October last year. He too had succumbed to COVID-19.
Pipili bypoll
Share FacebookTwitterGoogle+ReddItWhatsAppPinterestEmail

Over 600 Patients Recover From COVID-19 In Odisha