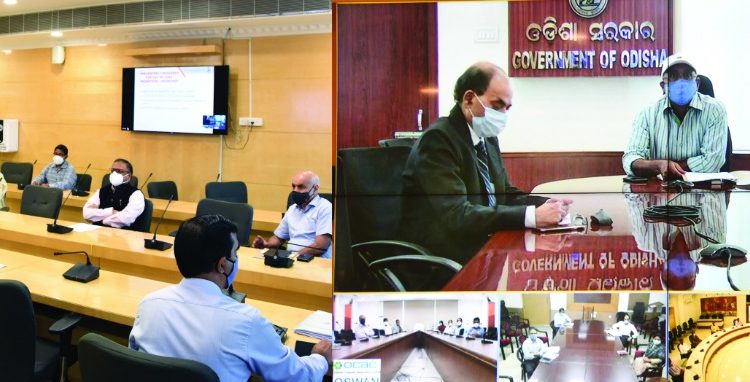 Bhubaneswar: Despite COVID-19 related restrictions and economic slowdown, Odisha has maintained upward trend in revenue generation. The total revenue collection by October-end has grown by 2.27% over the corresponding period of the last financial year.

The fiscal performance of various departments upto October-2020 presented by principal secretary, Finance Ashok Kumar Meena at all secretaries meeting held here showed that the revenue generation from both own tax and non-tax sources grew by around 2.27% by October-end compared to the corresponding period of the last year. The total revenue generation from both the sources by the end of October, 2019 was around Rs 25,002.84 cr which increased to Rs 25,571.42 cr during the current financial year.

The non-tax revenue during the period grew by 23.41% over the last fiscal year.  The revenue from non-tax sources upto October, 2019 was Rs 7,533.26 crore which increased to Rs 9,296.60 crore during the current year. Similarly, the budget utilisation crossed Rs 51,000 crore by October, 2020 with highest utilisation of around Rs.26,000 crore in social sector.

Reviewing the performances, chief secretary Asit Tripathy directed the departments to “focus on speedy implementation of the livelihood and infrastructure laying projects”. Development Commissioner Suresh Chandra Mohapatra said, “Projects of around Rs 20,000 crore are being implemented under OMBADC and DMF. Those projects should be expeditiously completed and commissioned for providing service to the people.”

The chief secretary asked the departments of water resources, rural development, works, housing & urban development to “prioritise identified strategic projects and complete those within the scheduled time”. He assured the departments that there would be no dearth of funds for implementation of projects. He told the departments to furnish their budget inputs by December-end for preparation of 2021-22 budget.