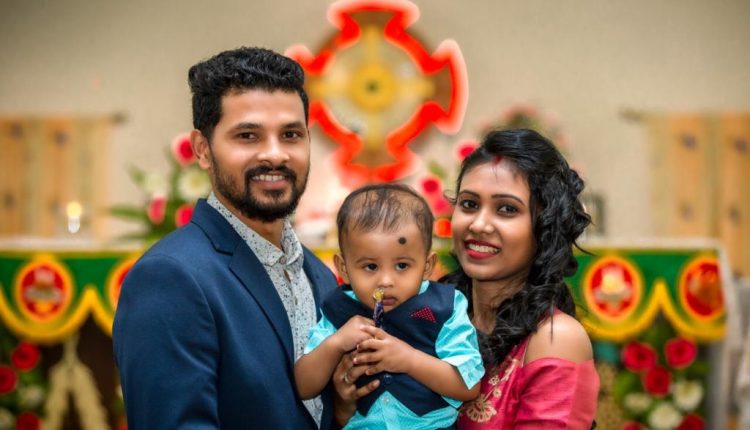 Rourkela: Birendra Lakra heaved a sigh of relief on June 18 when he found his name in the 16-member Indian men’s hockey squad for the Tokyo Olympics. Though he has been the unbreachable wall of the Indian team, he was facing serious challenge from younger players.

The defender from Odisha asserted that Indian team’s bench strength is now such that no player can take his place for granted in the side.

“Even though I am one of the most senior players in the team, my place was not guaranteed. There is a lot of competition for each position which keeps all of us on our toes,” Birendra told Odisha Bytes.

Birendra, who made his Olympic debut in the 2012 London Games, has had to wait long for his second Olympic appearance after missing the 2016 Rio Games owing to ligament tear in his right knee.

“I felt sad to miss the Rio Olympics, but I was not fully fit for such an important event. Team’s interest is above personal glory,” he stated.

Not only have the selectors reposed faith in Birendra, he has also been named one of the vice-captains.

“It is a matter of pride for me. We just hope to make the hard work and sacrifices count by winning a medal,” he wished.

Birendra went through a difficult time after missing the 2016 Olympics. The unassuming and composed Birendra took his time to recover from the injury and set his sights on the Tokyo Olympics.

He worked resolutely and earnestly to make a comeback, and was back in the national team within a year.

A veteran of 197 international matches, the 31-year-old Birendra has been a vital cog in India’s defence over the last couple of years.

The youngest of six children, born to late Ignes Lakra and Mary Lakra, Birendra picked up the stick at a tender age in a small hamlet called Lachhra, in Gurundia block of Sundargarh district.

His talent came to the fore when he shifted base to Rourkela and joined the ‘day scholar scheme’ launched by Rourkela Steel Plant to promote hockey in 2003. He learnt the basics of hockey under Peter Tirkey, a junior international.

In 2004, he joined SAIL Hockey Academy (SHA) and underwent training – under Harman Lakra for a year and then under NIS coach Raju Kant Saini. His resilience, endurance and aggression helped him become a regular player of the SHA in the first year itself.

He grew up idolising former India captain and full-back Dilip Tirkey, and played his first U-21 Nationals in 2004 at the age of 14 at Jabalpur, where SAIL finished runners after losing 2-3 to Services.

In 2007, SAIL claimed the U-18 national trophy with Birendra netting a hat-trick against SAI team in the final.

There was no stopping Birendra as he forced himself into the junior national team before representing India in the Youth Olympics at Sydney and Junior World Cup at Singapore. He was promoted to the senior team for the Dhaka SAF Games in 2010.

“Ever since he joined SHA, he has been a very hard worker. He is a very versatile player who can play in various positions which makes him an asset for any team,” said Raju Saini, his coach and mentor.

In the domestic circuit, too, Birendra performed creditably, helping the Ranchi franchise win the Hockey India League titles in 2013 and 2015.

“We have worked very hard… sacrificed a lot of things. All the members are fully motivated and bubbling with positive energy. We are extremely hopeful of a podium finish,” Birendra signed off.