Odisha’s Wonder Kids In ‘India Book Of Records’; Know The Other Child Prodigies From State 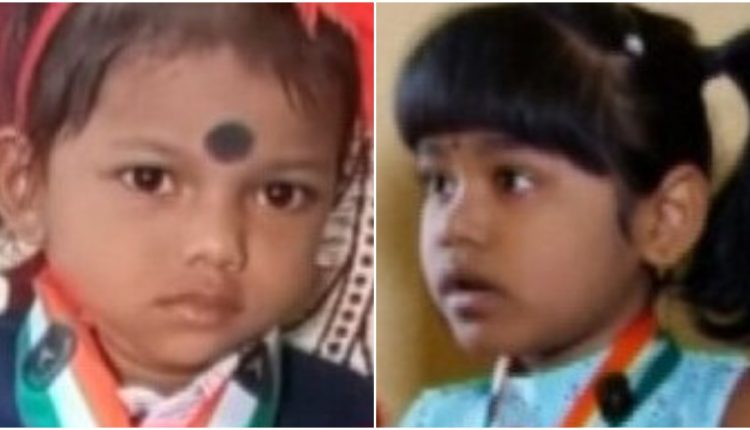 Bhubaneswar: When it comes to talent, age doesn’t matter. Here is an Odisha girl, less than two-and-a-half years old, who can recite Sanskrit slokas with such panache and elan that even a scholar of the language can be put to shame.

Then there’s another little virtuoso, less than five years old, who has all the names of state and country capitals as well as stars and planets on her fingertips. Ask her the spelling of any English word, and she will be impeccable in them too!

Daughter of Ranjit Pradhan and Anusuya Budhia of Sarasara village, Swati Samiksha from Boudh has etched her name in the prestigious India Book of Records for her magnificent ability in reciting slokas. She also excels in recollecting names of countries and their capitals, English names of birds, animals, flowers, fruits and body parts.

Family members of Swati are naturally elated at her feat. “The earlier record holder was a two-year-and-six-month-old child. Our daughter has got the record at the age of two years and four months,” said proud mother Anusuya.

Her father said, “Her mother could recognise her hidden talent and it is she who has honed her skill. We are encouraging Swati by teaching her in better ways from mobile phones and charts.”

Anwesha Sahu, daughter of Manoj Sahu and Rosalin from Basudevpur area in Bhadrak district, is the other talent. Apart from names of capitals, inventors and names of planets, she can also recite hymns of Vedas fluently.

Rosalin said, “My daughter has fascinating memory power and we could easily notice her talent when she was just two-and-a-half years old.”

“I feel proud of my daughter because what she has achieved is an all India record. It is a matter of great pride not only for Basudevpur but for the entire Bhadrak district,” said Manoj.

Odisha’s tryst with record books is a lucky charm of destiny. A seven-year-old boy Utpalaksh Jena from Nuapatna in Cuttack recently entered the International Book of Records for being the youngest to recite all the 118 elements in the periodic table while playing double sided chess.

In July this year, an eight-year-old boy Sriyank Padhi of Jeypore entered the record books for his uncanny ability to spontaneously tell the names of currencies of 157 countries in a short span of two minutes. He can also name the folk dances of all these countries.

In the most recent feat in December, an eight-year-old boy of Jajpur Mayank Pati made it to the International Book of Records by reciting 30 Sanskrit Shlokas in just 2 minutes.