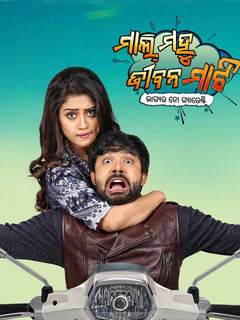 Produced by Naveen Bhandari and directed by Ramesh Rout, the movie will be released on November 8. It features Sabyasachi Mishra and Elina Samantary in the lead roles.

Sabyasachi will be essay the role of Michel Sahu, who suffers from stuttering. He works in his father’s eatery. One day, he thinks of opening a band party. Meanwhile, he falls in love with Elina’s character in movie, but she rebuffs his advances because he cannot fulfill her demands. Then there comes a twist in the movie, which is a romantic comedy.

“It is our first production in Odisha and the love we have received from the audience is really encouraging. We are here to bring a new wave with each of our films, and Mal Mahu Jiban Mati is just the start of it. We can’t wait for the audience to enjoy this laughter-riot,” said Amara Muzik MD Naveen Bhandari.

Woman Cop Suspended For Dereliction Of Duty In Odisha’s Angul