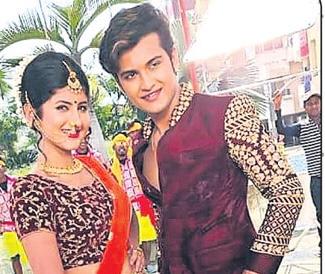 Bhubaneswar: Love can happen anywhere at the most unexpected moments of life. This is the theme of the upcoming Ollywood movie ‘Dil Mora Manena’.

A love story of a young couple, who fall in love while travelling and the obstacles thereafter form the crux of the movie produced by Bapuni Kumar under the banner ‘Maa Tarini Entertainment’ and Chhabita Martha under the RRC banner.

Chandi Parija is the director.

Actors Swaraj Barik and Sivani Sangita play the lead pair and this is their first movie together.

Producer Sridhar Martha is essaying a negative role in the movie.

Prem Anand has composed the music in the film, which has seven songs. Lubun-Tubun duo has choreographed the dance moves.