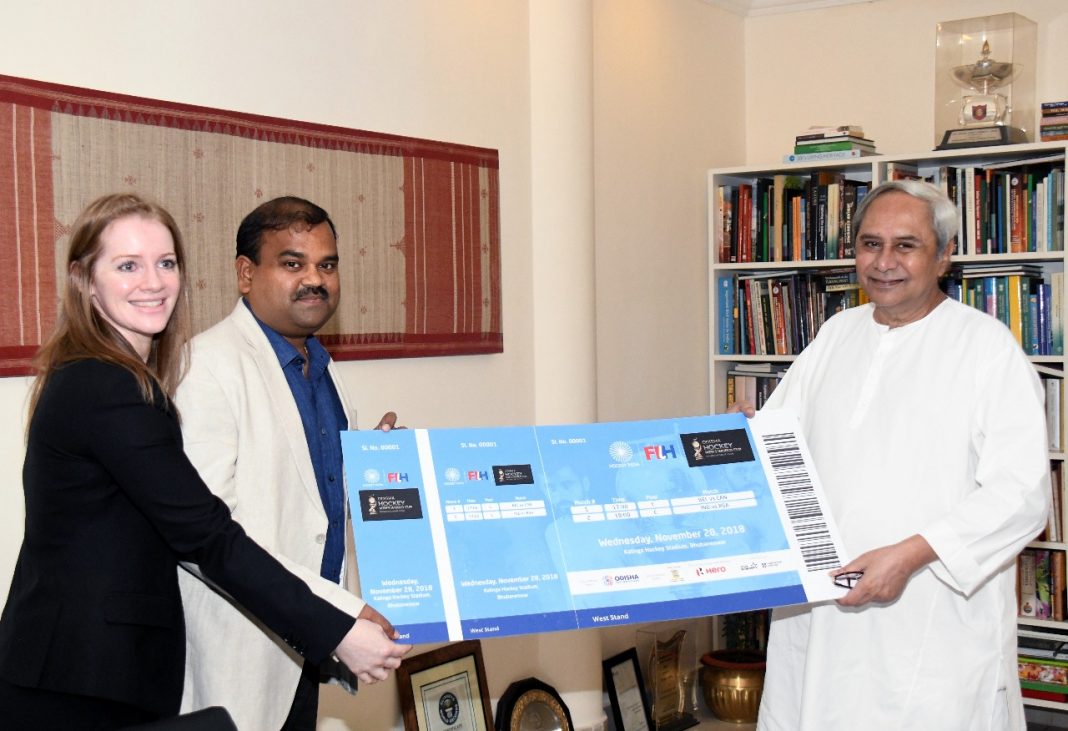 Bhubaneswar: Online ticket sale for the Hockey Men’s World Cup, which is slated for November this year, has begun.

“I am glad to announce the launch of the online ticket sales for the Odisha Hockey Men’s World Cup Bhubaneswar 2018. I am delighted to have received the first ticket. May the hockey fever of the people of Odisha spread to the world.  We look forward to hosting fans and visitors from all over,” said Naveen.

Expressing his delight at the launch of the online general ticket sale, Hockey India Rajinder Singh said, “Bhubaneswar played an amazing host last year when the Odisha Men’s Hockey World League Final Bhubaneswar 2017 took place at the Kalinga Stadium. The event received an overwhelming response from the fans who turned up in huge numbers to enjoy the games, braving the cold and rain on some days.”

He said last year’s event has set a benchmark for the Odisha Hockey Men’s World Cup Bhubaneswar 2018. “It is an honour for our country to be hosting this global hockey extravaganza as it gives the passionate hockey fans from India an opportunity to witness the world’s best players in action. It is a conscious decision to start the sale of tickets six months prior to the event so that fans, friends and families of players can plan their trip in advance. These general tickets have been made available at affordable prices to ensure cost does not become a reason for any fan to miss out on the biggest tournament in the sport,” he added.

The competition scheduled from November 28 to December 16 will take place at Kalinga Hockey Stadium here.

A total of 36 matches will be played during the tournament. The opening match of the tournament will see World No. 3 Belgium take on World No. 11 Canada on November 28, while India will face South Africa in the opener.

Bus Fare Hiked In Odisha For Third Time This Year