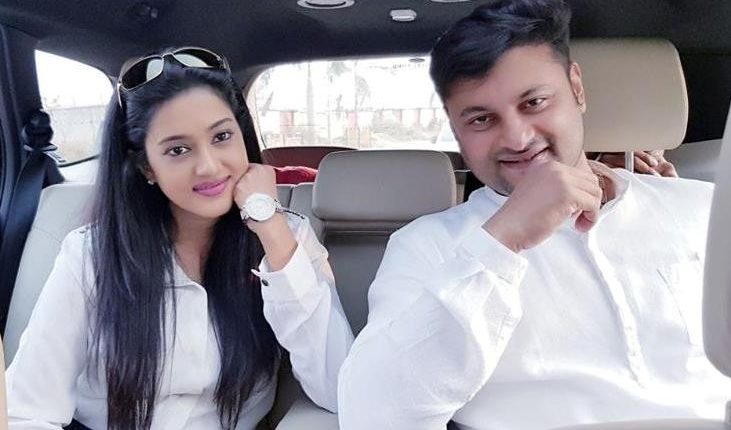 Cuttack: The Orissa High Court actress has again directed estranged Ollywood couple Varsha Priyadarshini and Anubhav Mohanty not to post videos or comment on any media while their divorce proceedings were on.

Justice Krushna Ram Mohapatra passed the order after Varsha appealed to the court, alleging that the earlier orders were not being followed by Anubhav Mohanty.

A similar order was also given by the court on May 27 restraining them from posting any video/comment against each other in any media including social media during the pendency of their divorce proceedings.

It is pertinent to mention here that BJD MP had shared multiple videos on social media on their strained marital relationship. In the last video titled ‘Untold truth part 3’, Anubhav criticised Varsha for bringing the family feud to the public and dared her to undergo forensic, lie detection, and medical tests.

Prior to this, Varsha had lodged a complaint against her husband Anubhav and his family at Purighat police station and cyber police in Cuttack on May 22. As per the seven-page FIR, she had accused Anubhav of telling a fictional story through two videos in order to tarnish her image when the matter is sub-judice and alleged that the actor has been assassinating her character by uploading such videos and giving untasteful comments.

Later on May 25, Varsha filed a complaint with the Cyber police station alleging that some people are attempting to malign her image on social media. In response to her FIR, Anubhav accused the actress through a social media post on May 25 of owning fan pages and posting whatever she wishes.

Notably, Anubhav filed a divorce petition before the Family Court in Patiala House, Delhi in 2020 which has now been transferred to the Family Court, Cuttack in March 2021 by an order of the Supreme Court.

Varsha, on the other hand, filed a domestic violence case the same year, accusing the actor-turned-politician of torturing her physically and mentally. She also prayed the court to direct Anubhav to pay compensation and damage to her, right to residence in a shared household or pay rent of Rs 20,000 per month for a house or residence at her rank or level. She has sought one-time compensation of around Rs 15 crore and monthly maintenance of around Rs 50,000.

Why Corporate Social Responsibility Is Must For The Mining Industry