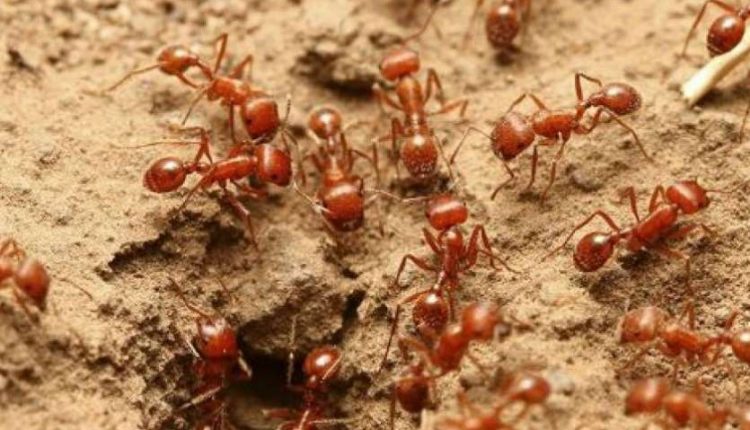 Puri: Experts from the Odisha University of Agriculture & Technology (OUAT) in Bhubaneswar visited Brahmansahi village under Chandradeipur panchayat in Puri district’s Pipili on Monday, which has been invaded by lakhs of poisonous red ants forcing villagers to flee.

“The village is surrounded by river and forest. The recent flood forced the ants staying in the river banks to move upwards into the village,” OUAT’s Dr Sanjay Mohanty was quoted as saying in a media report.

“We advised the villagers to keep their surroundings clean. We will have to find their originating spot. Then we will spray pesticide in a two-metre radius of the ant mound,” he added.

“But our primary objective is to find and kill the queen ant. She is responsible for the explosion of red ants in the area,” Mohanty said.

“We have never seen such ants. They are also attacking lizards, frogs, centipedes, snakes, cats and dogs,” a villager said.