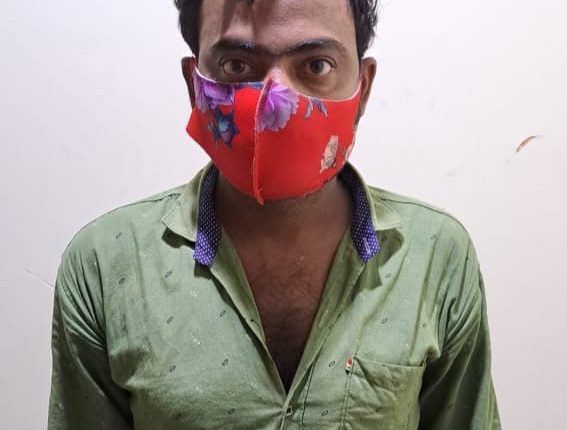 Balasore: Special Task Force (STF) of Odisha Crime Branch has seized more than one kg of brown sugar and arrested one person in this connection in Balasore district.

On the basis of intelligence input, an STF team from Bhubaneswar conducted a raid near railway level crossing at  Aradabazar in Balasore and apprehended drug peddler Sheikh Mezu of Arad Bazar under Sahadevkhunta police limits in the district on Tuesday.

During search, brown sugar weighing 1.05 kg, Rs 28,100 in cash and other incriminating materials were recovered from his possession and seized. As the accused Sheikh Mezu could not produce any valid document in
support of possession of the contraband, he was arrested and forwarded to the court.

The STF has registered a case under NDPS Act 1985 in this connection. Further investigation is on.

During its special drive against narcotic drugs since 2020, STF has seized more than 56 kg of brown sugar, 202 gram cocaine, more than 111 quintal of ganja, 750 gram of opium and arrested more than 157 drug dealers/peddlers, according to a press release.