Over 20 Injured In Road Mishap In Odisha’s Balasore 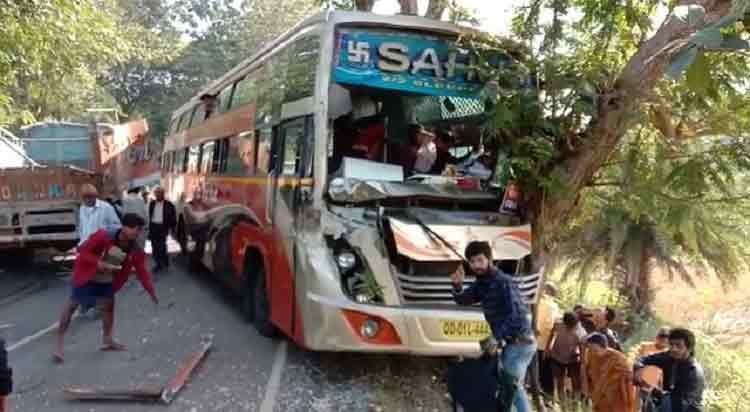 Nilagiri: Over 20 passengers were injured when a private bus slammed into a roadside tree at Telipali in Nilagiri block in Balasore district on Wednesday morning. Five of the injured were stated to be critical.

According to reports, the bus of Sahu Travels was going to Udala in Mayurbhanj district from Balasore. The incident happened when he bus driver tried to swerve to avoid a head-on collision with a speeding truck coming from the opposite direction. The driver, however, lost control and the bus hit a roadside tree.

Later, police reached the spot and admitted the injured passengers to a government hospital in Nilagiri.