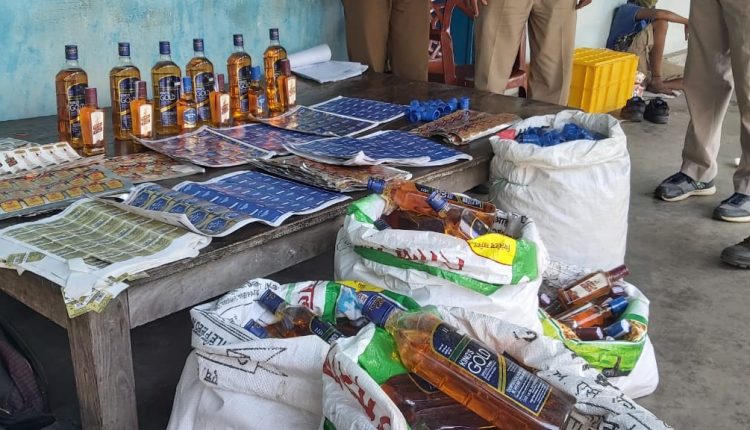 Jharsuguda: The Excise officials on Saturday seized a huge quantity of duplicate IMFL bottles and arrested two persons in this connection in Brajrajnagar of the district.

Following intelligence reports that a unit at Telenpali in Brajrajnagar town was procuring spurious liquor and selling those in sealed IMFL bottles of reputed brands, a special squad of Excise officials conducted a raid.

During the raid that was carried out without informing the local authorities, the squad seized 200 sealed bottles containing spurious liquor. The bottles had labels of reputed liquor brands like King’s Gold, Royal Stag and Imperial Blue. The squad also seized huge quantity of empty bottles, caps, and duplicate labels in the unit.

The Excise officials arrested Siba Kumar Sanra and Saroj Kumar Sanra from the spot while their father has been absconding. The arrested persons said they were getting the spurious liquor from Arunachal Pradesh and Jharkhand and were it in duplicate brands.

Further investigation is on to ascertain involvement of other persons in the racket, Excise officials said.