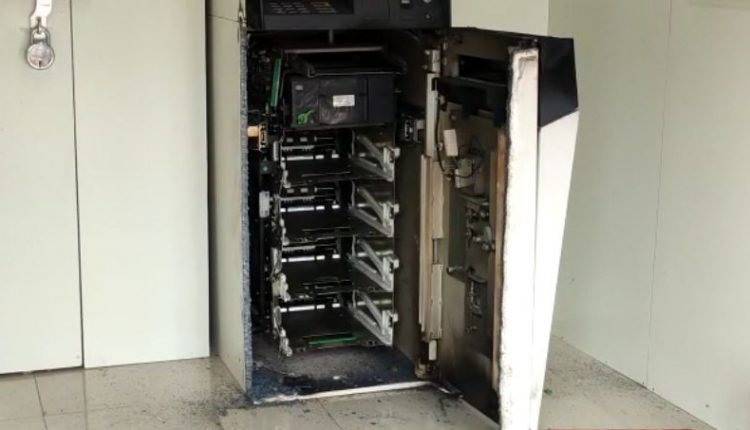 The incident, which took place late Friday night at Haripur Bazar under the jurisdiction of Kuakhia police station, came to light on Saturday morning when some local traders went to the Axis Bank ATM to withdraw cash. After finding the machine broken, they immediately informed the police.

Preliminary investigation showed that the miscreants had broken the machine using a gas cutter before they left with cash. The incident took place between 12. 57 AM and 1.13 AM, Sub-Divisional Police Officer (SDPO), Jajpur Road, Pramod Mallick said.

He said investigation into the incident is in progress. During probe, police verified the Closed-Circuit Television (CCTV) camera installed at the ATM kiosk and found the footage of the whole incident of the loot captured in it. Efforts are on to identify the miscreants.

While the exact amount looted from the ATM was yet to be ascertained, sources said more than Rs four lakh was believed to have been taken away by the miscreants.

The incident took place barely two days after an ATM of SBI was looted in Neulpur market under Dharmasala police limits of the district.