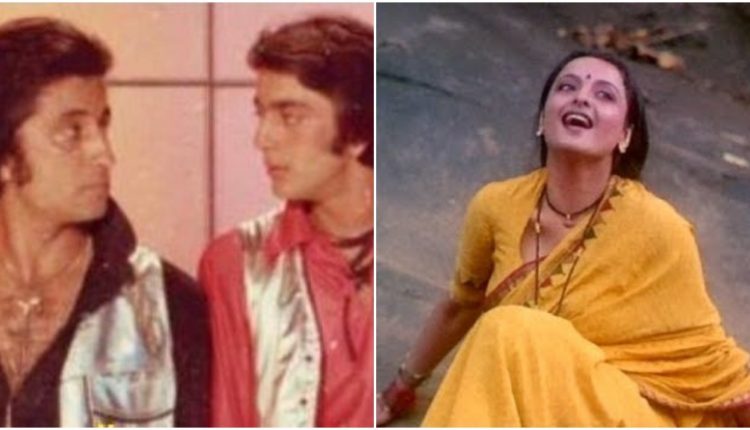 R.D. Burman (Pancham) was often influenced by Western, Latin, Oriental and Arabic music, and was known to carry cassettes from around the world. He often incorporated elements from these in his own music. One such inspiration which led to two compositions had an extra-terrestrial connection.

Long before we witnessed the Steven Spielberg directed Hollywood adaptation of the English novelist H.G. Wells’ written science fiction ‘The War of the Worlds’ (originally published in 1898), there was a bestselling musical album by the same name (War of the Worlds) which was composed and produced by Jeff Wayne in 1978. Among the many other adaptations of the novel in radio, television and movies, this album was extremely popular and led to many live concerts and stage productions based on it over the years.

The first of Pancham’s inspirations from this album was in the debut movie of Sanjay Dutt – ‘Rocky’. Pancham used snapshots from the album for the song Aa Dekhen Zara. He was heavily inspired by a consistent tune in all the tracks of ‘The War of the Worlds’ album that represented the travel towards safety and hope and used it as the prelude and interlude the song.

This tune featured throughout in the tracks – ‘Eve of the War’, ‘The Artilleryman and the Fighting Machine’, ‘Brave New World’ and ‘Dead London’.  The tune of the verses Aage Nikal Aaye Hum Who Peeche Reh Gaye and the likes were also inspired from pieces from the tracks of  ‘Eve of the War’ and ‘Dead London’. In the usual Pancham tradition, the inspiration is restricted to the opening line while his inimitable style embellishes everything forward.

The second inspiration from this album was from the second track ‘Horsell Common and the Heat Ray’. The tune that represented the rise of the Martians from the first cylinder that fell from the skies inspired the first line of the soulful Katra Katra rendered by Asha Bhosle from the Naseeruddin Shah and Rekha-starrer classic ‘Ijaazat’. The most melodious part of Pancham’s song is ‘Zindagi Hai Jeene Do, Pyasi Hoon Main Pyasi Rehne Do’ with an echoic overtone using a dual track by Asha Bhosle. This and the remaining part of the song was completely Pancham’s ingenuity and had nothing to do with the inspiration.

Although inspired (minutely), this ethereal song remains a classic loved by millions for the magic it weaves around Gulzar’s beautiful lyrics.