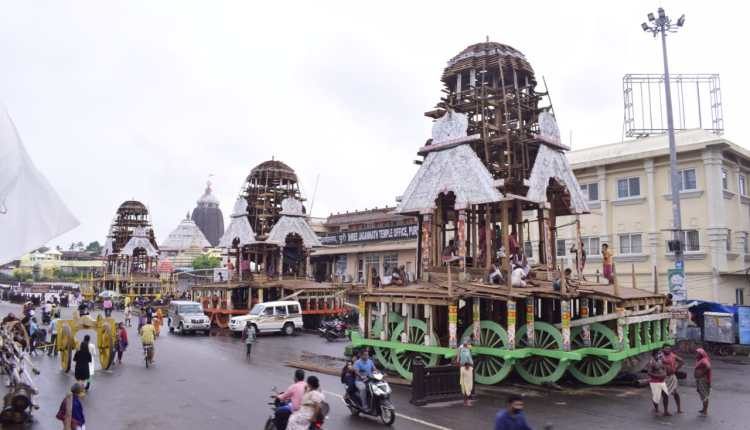 Puri: Following the decision to keep the three Rath Yatra chariots on the premises of Jagannath Ballav Math here, the Shree Jagannath Temple Administration (SJTA) on Monday formed a committee for this purpose.

“As it has been decided to keep the three chariots in Pramod Udyana (recreation garden), it is necessary to dismantle them as they cannot enter the Jagannath Ballav Math premises,” Kumar said.