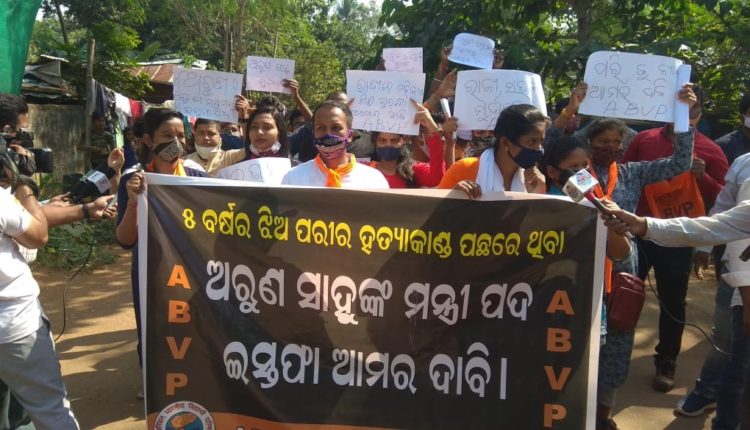 Bhubaneswar: A Special Investigation Team (SIT) of Crime Branch, led by senior IPS officer Arun Bothra, is in Nayagarh to probe into the Pari murder case.

The team will visit the house of the deceased minor girl at Jadupur village on Tuesday and interact with the villagers. The team will also visit the spot from where the girl’s remains were recovered.

In a related development, a team of BJP leaders met Governor Ganeshi Lal and submitted a memorandum seeking CBI probe into the case and resignation of Minister Arun Sahoo. They stated that the CB probe is just an eyewash and an investigation by the CBI will bring out the truth.

On the other hand, protests were staged in Nayagarh and Bhubaneswar to demand the minister’s resignation.

Congress members took out a rally and staged protest in front of Nayagarh Collector’s office while ABVP members took out a protest rally to the minister’s house in Bhubaneswar. They threatened to intensify the stir if their demand was not met.

The SIT team was formed to investigate the alleged kidnapping and murder of five-year-old Pari at Jadupur village in Nayagarh district in July. The girl’s body was found days after she had gone missing while playing near her house.