Patient Recovers From Black Fungus After Surgery At Bhubaneswar Hospital 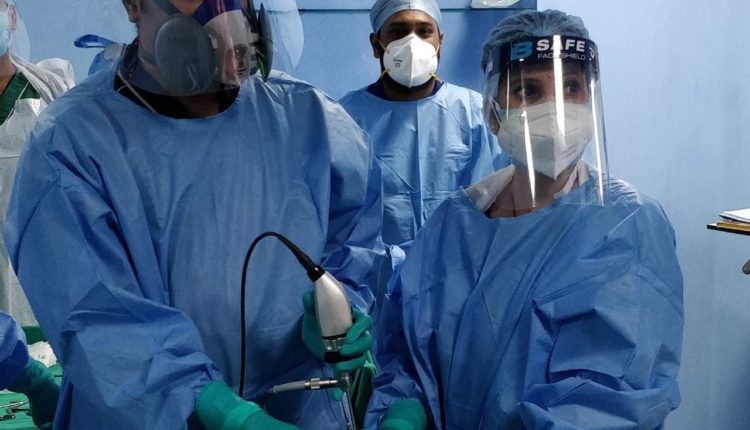 Bhubaneswar: A 44-year-old man, suffering from black fungus, was treated at SUM Ultimate Medicare, with doctors opting for the surgical route with success.

According to hospital sources, the man from Ganjam district was infected with COVID-19 and had received treatment at the SUM Covid Hospital for ten days before being discharged. A diabetic, he was treated with steroids to deal with his respiratory problems.

Five days after being discharged, he developed numbness, swelling on the left side of his face, and edema in the eye with an enlarged eyeball.

The patient was referred to SUM Ultimate Medicare for evaluation. A team led by Dr Radhamadhab Sahu, Head of ENT and Skull Base Surgery in the hospital, immediately performed nasal endoscopy and sent the sample for fungal stain and culture.

“The disease involved the nasal cavity, maxilla, premaxillary area, infratemporal fossa, and the orbit for which endoscopic debridement with orbital decompression was done and black fungus affected areas removed leaving no scar in the face,” he added.

The patient retained vision in the affected eye and after undergoing a course of antifungal therapy and regular endoscopic evaluation and was later discharged.

Dr Sahu said the mortality rate in black fungus is very high, (50 per cent) in such recovered COVID cases, timely diagnosis and early intervention could save lives.

The hospital had successfully treated five such patients so far while the condition of two others is being evaluated.

Several Parts Of Odisha To Experience Thunderstorm For Next 3 Days