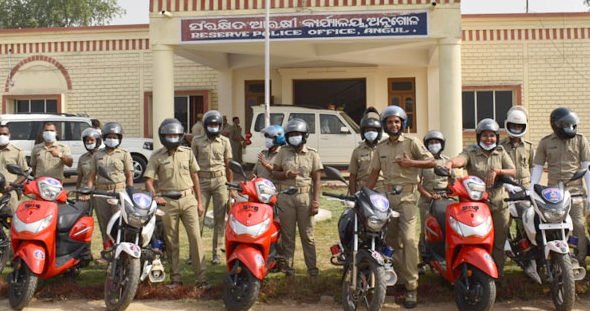 Angul: Angul Police launched Pink Patrol in the town on the occasion of Utkal Dibas and Odisha Police Formation Day.

Vulnerable areas in Angul town have been identified and four patrolling teams formed for the purpose. They will be moving in the vulnerable areas to ensure safety of women.