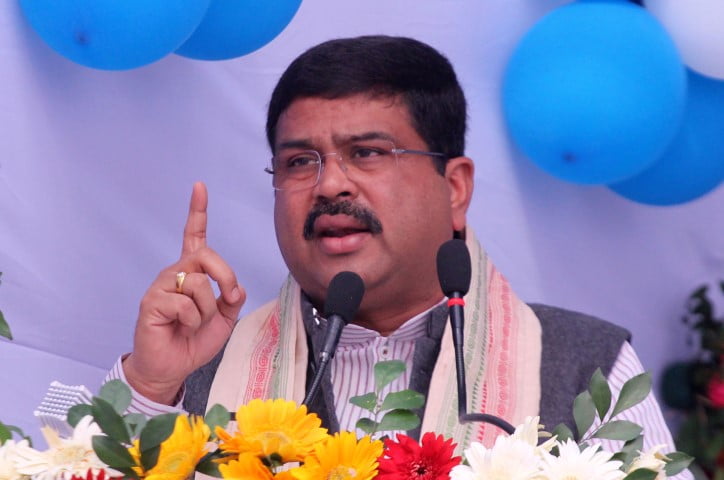 Bhubaneswar: The review of Khurda-Balangir railway by the Prime Minister Narendra Modi will expedite the completion of this much-awaited project which has been hanging fire since 1995, said Union minister Dharmendra Pradhan on Friday.

After taking charge as the Prime Minister in 2014, Modi had launched his ambitious multi-purpose and multi-modal platform PRAGATI (Pro-Active Governance And Timely Implementation) to review the major projects which have been pending for a long time, he said.

“The keenness of the Prime Minister on the 289-km Khurda-Balangir project at the first PRAGATI meeting this year shows his concern and priority to Odisha,” he added.

The Union Minister said that the Prime Minister while reviewing the Khurda-Balangir rail project in 2015, in had expressed displeasure over the inordinate delay in the completion of the project. Stating that this area is home to the neediest people, who are backward from the rest of the areas and are in desperate need of government help, he had said that this project needs to be given priority. Had the work finished by 2000, the cost of the project would have reduced and the people of northeast India would have benefited from it, the PM had pointed out.

The Union Minister, however, said while the state government is having difficulty in the land acquisition in Boudh and Sonepur districts. “The state government, apart from resolving these issues, should also give priority to the forest and environment clearance. But I am sure that there will be no problem in obtaining the clearance after the review of this project by the Prime Minister,” he pointed out.