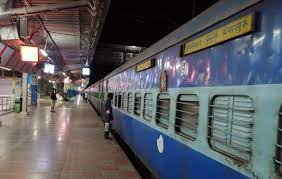 The train has been partially cancelled in view of safety-related modernisation work in connection with non-interlocking at Hindupur and Devarapalli Stations for commissioning of a double line between Yelahanka and Penukonda Railway Section under Bangalore Division of South Western Railway jurisdiction, the release said.

Services of 18463/18464 Bhubaneswar-Bangalore-Bhubaneswar Prashanti Express will be cancelled partially between Satya Sai Prashanti Nilayam and Bangalore from both directions during the time, it added.