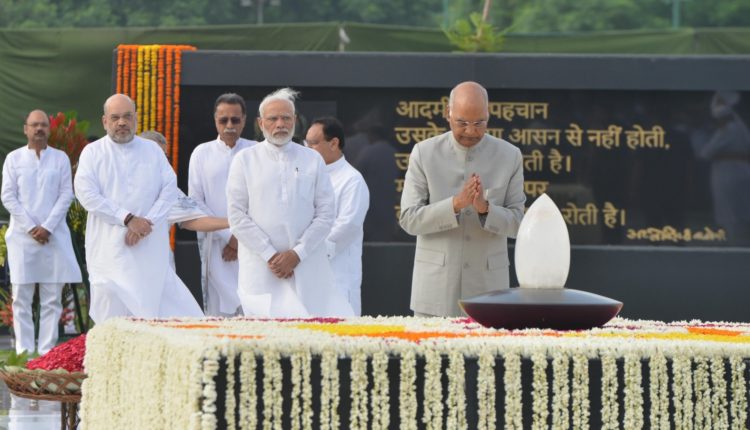 The President paid homage to Vajpayee at ‘Sadaiv Atal’, a memorial of the late BJP leader, in New Delhi.

The Vice-President in a tweet said, “Atal Ji was a leader par excellence who was respected across party lines. He was an exceptional orator, a distinguished scholar and a gifted poet, but above all, he was a large-hearted human being who cared deeply for the country and its welfare.”

The Prime Minister in his tributes said, “Vajpayee’s visionary leadership saw the country’s development reach unprecedented heights. His efforts for making a strong and prosperous India will be remembered forever.”

Biraja Temple In Odisha’s Jajpur To Reopen From Dec 29