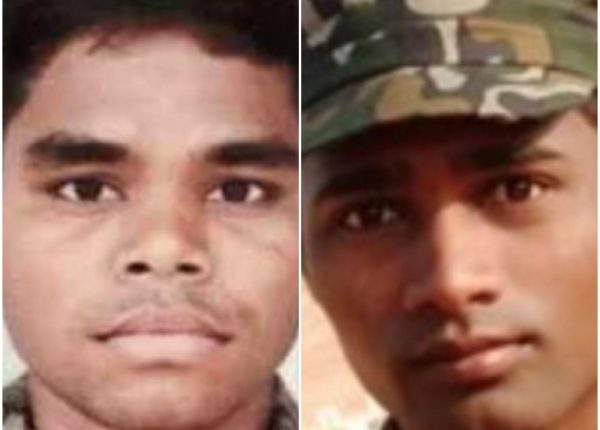 Bhubaneswar: President Ram Nath Kovind will award Shaurya Chakra to two policemen from Odisha, who had laid down their lives fighting Left-wing extremists, posthumously at the Rashtrapati Bahavn in New Delhi on May 31.

The family members of awardees, Sudhir Kumar Tudu and Debashis Sethy, will receive the award from the President at a ceremony in Rashtrapati Bhavan. DGP Sunil Kumar Bansal met late Sudhir’s mother Jauna Tudu and brother Suna Ram Tudu and late Debashis’ parents Chhai Sethy and Sanatan Sethy at his office in Cuttack on Saturday before they left for Delhi.

Both Sudhir and Debashis, members of Odisha Police’s Special Operations Group (SOG), had shown exceptional bravery during an exchange of fire with Maoists in Kalahandi district on September 9, 2020. During the gun-fight with Maoists, the two bravehearts laid down their lives while protecting their colleagues from the rebel attack.

The Shaurya Chakra is the country’s third-highest peacetime gallantry award after Ashoka Chakra and Kirti Chakra.