Primary School Students Say No To MDM In Odisha’s Kendrapada; Know Why 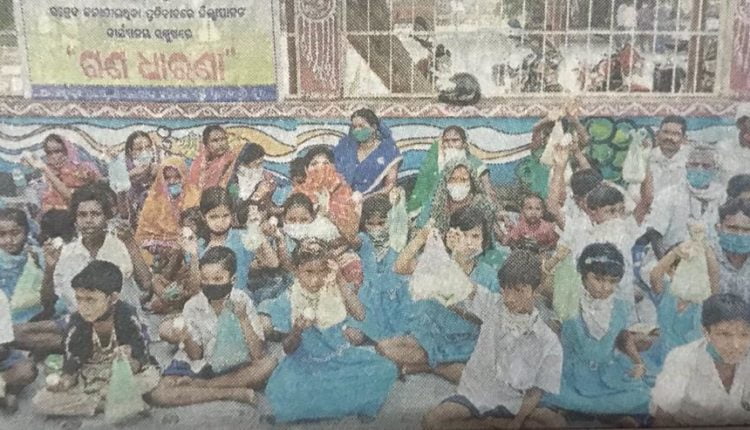 Kendrapada: In an unusual step, students of a primary school in the district on Tuesday staged a dharna in protest against merger of their school with another located two km away.

The children studying in Otarabanka Harijansahi Primary School under Pattamundai block sat on the dharna in front of collector’s office demanding roll-back of the administration’s decision of shifting their school.

“We are interested in pursuing studies. The authorities can stop the mid-day meal. But they should return us our school,” said the students, who staged protest holding rice and eggs as a mark of mid-day meal.

Their school was merged with Aradapalli Primary School for admission of inadequate number of students. But the children and their parents complained that they have to travel 2 km to go to the new school everyday which will hamper their studies. They threatened to stage road blockade, if their demand is not fulfilled.

“The poor students will be affected a lot with the shifting of the school. Considering the future of the children, the government should roll back the decision,” said School Working Committee president Krutibas Mallick.

Why Is Comedian Kapil Sharma Getting So Many Compliments These Days?

Zomato Will Provide Takeaway Service To Restaurants At Zero Commission