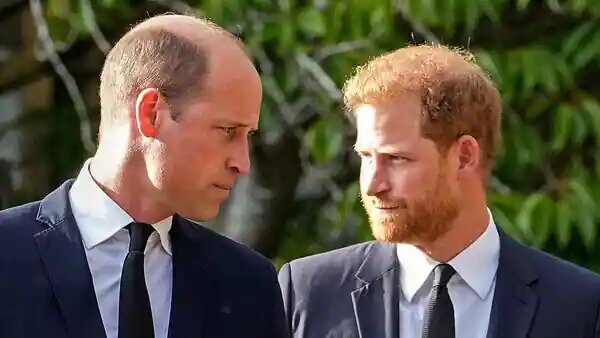 New Delhi: Suddenly, all the secrets about Britain’s royal family seem to be out. And surprisingly, by none other than members of the royal family themselves. Now, it has come to light that in his eagerly-awaited memoir, Spare, Prince Harry reportedly spoke about the time he felt his brother Prince William had an ‘alarming’ amount of hair loss over the years. Harry also goes on to talk about William’s looks as he mentions that with time, William, whom he addresses as Willy, has lost all resemblance to their mother, Princess Diana.

As per a report in Page Six, Prince Harry talks about the time he met Prince William during the funeral of his grandfather Prince Philip in 2021, he goes into detail to mark the difference in his appearance adding, “I looked at Willy, really looked at him, perhaps for the first time since we were little,” then saying how the only thing that remained constant with the Prince of Wales was the “familiar scowl” which nevertheless “had always been the norm” during most of their interactions.

In the hotly anticipated memoir, Harry goes on to detail a number of such accounts where he comments on William’s looks. In another section, Harry expressed his concern for his brother’s thinning hair calling it to be nothing less than “alarming” and even “more advanced than mine,” mentioning the age difference between both of them being only two years, Hindustan Time reported.

In the book, Harry also mentions that William physically attacked him during a furious argument over Harry’s marriage to Meghan Markle in London in 2019. There have been reports that William had advised his younger brother to slow down his relationship with Meghan Markle, as he was reportedly alarmed when they got engaged after less than a year of dating. Harry and Meghan tied the knot in May 2018. They welcomed son Archie in May 2019, and daughter Lilibet in June 2021. Since Meghan and Harry announced in January 2020 that they would step down as senior working royals, they have been open about their life in the royal family. They were recently seen in the Netflix docuseries, Harry and Meghan.