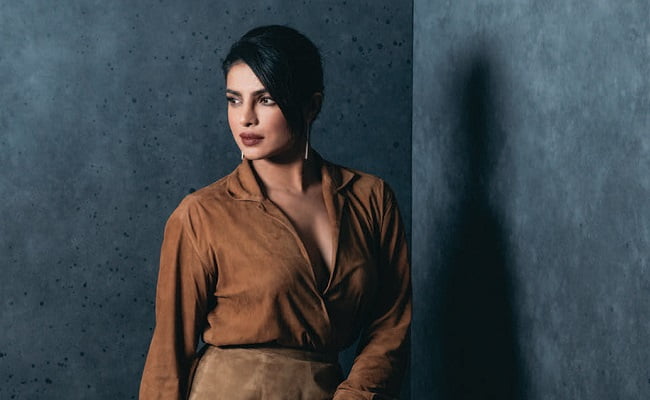 Desi girl Priyanka Chopra, a global icon, turns 38 today. The Jamshedpur born daughter of Army doctor parents has made a mark for herself both in Bollywood and Hollywood. Having done critically acclaimed films like ‘Fashion’ and going on to win the National Award, she made her Hollywood debut with ‘Quantico.’ There has been no looking back ever since.

The year ahead is no less eventful for Mrs. Jonas.

Priyanka recently signed a two-year multimillion-dollar deal with Amazon to produce a variety of content, in different languages. She already has three projects in the pipeline with Amazon, beginning with ‘Sangeet’, a reality series based on the pre-wedding ceremony; ‘Citadel’, a thriller produced by the Russo brothers and co-starring Richard Madden; and ‘Sheela’, a biopic of the controversial aide to Osho, Maa Anand Sheela, reported Hindustan Times (HT).

“My quest really is to be able to tell female stories, work with creators from around the world, and create a cross-pollination of storytelling.  My Amazon television deal is a global deal, so I can do Hindi language, I can do English language, I can do whatever language I want,” HT quoted her as saying in ‘Variety’.

For Netflix, the actor will soon appear in an adaptation of Aravind Adiga’s ‘The White Tiger’, directed by Ramin Bahrani and co-starring Rajkummar Rao.

Priyanka will also appear in director Robert Rodriguez’s kids’ superhero film, We Can Be Heroes, HT quoted The Hollywood Reporter as saying
Priyanka will collaborate with Mindy Kaling for a wedding-based romantic comedy film for Universal Pictures, directed by Dan Goor. The film, which will reportedly be shot in Rajasthan, has been billed as Crazy Rich Asians meets My Big Fat Greek Wedding, HT quoted Deadline Hollywood as saying.
Meanwhile, she has resumed filming the upcoming ‘Matrix 4’, starring Keanu Reeves and Carrie-Anne Moss, directed by Lana Wachowski.
BirthdayBollywoodhollywoodPriyanka chopra
Share FacebookTwitterGoogle+ReddItWhatsAppPinterestEmail