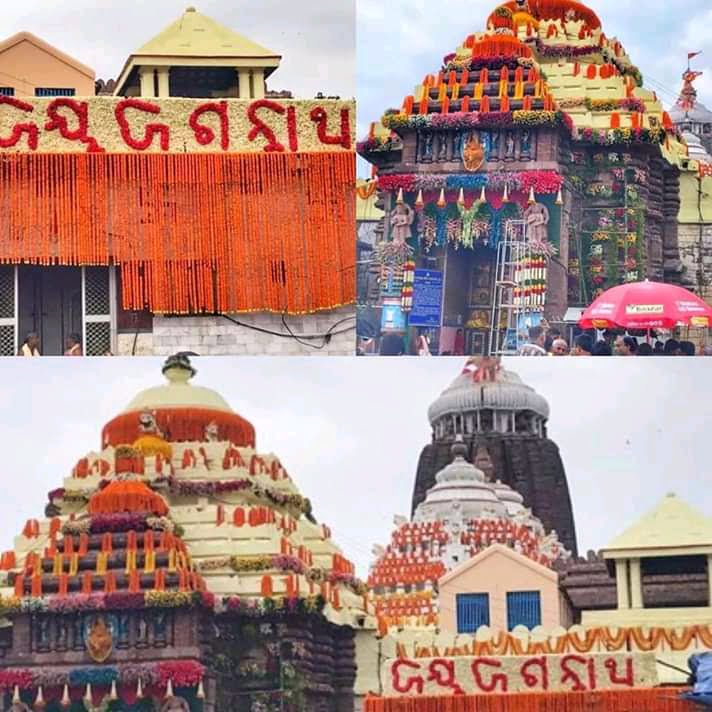 Bhubaneswar: Workers were busy decorating the Shri Jagannath Temple in Puri with flowers on Wednesday, a day ahead of the famous Rath Yatra on Thursday.

Interestingly, the temple authorities are not doing the decoration work themselves. They have given in to a request from New Delhi-based devotee KK Sharma to do the work.

Sharma has employed 200 workers from New Delhi for the job. Sources said 20 truckloads of flowers were brought in to decorate the shrine premises.

The devotee began the decoration work from Naba Jaubana Besha on Tuesday and will continue doing so till Bahuda Yatra.

Also on Wednesday, the towering chariots of Lord Jagannath, Lord Balabhadra and Devi Subhadra will be pulled from Ratha Khala and parked in front of Singhadwara. The parking of the chariots will take place after the “Agyan Mala” ritual by Pujapanda Samanta.

Earlier on Tuesday, devotees flocked to the Puri shrine for darshan of the sibling deities on the occasion of Naba Jaubana Besha. The temple administration held the darshan for devotees from 11.30am to 4.30pm.