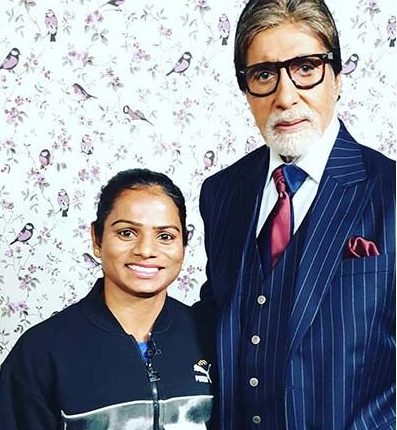 In the prickly universe of morality and instant judgement we live in, the decision to make deeply personal matters public is fraught with risks. So when sprinter Dutee Chand announced to the world that she was gay and she had a partner, it was clear that she had decided to take the possible consequences head on. Talk of sexuality never fails to shock the overwhelmingly conservative mindset around us. And she had just treated what was deviance to the mindset as matter of fact. This was an incredibly courageous act.

And shock her announcement did. Her mother and father were quick to denounce her. Her father called her action immoral an unethical. She had destroyed the reputation of their village, he said, adding firmly that the family would mot allow Dutee to settle down with her partner. Her village, Chaka Gopalpur in Jajpur district, disowned her. It didn’t matter that her sporting achievements had put the non-descript village on the global map. For an orthodox, self-effacing society it was just too much to much of a disruption.

But she had support pouring in from around the world. She was on the cover of the Cosmopolitan magazine. Hollywood talk show host Ellen DeGeneres, who announced her sexuality on television two decades ago, feted her in a tweet, saying she was proud of Dutee. Business tycoon Anand Mahindra congratulated her too. She said in an interview that 90 percent of her social media followers were appreciative of her announcement.

And she had the final word: Being in love is not crime. She holds firm despite the pressure.. That’s guts. Way to go Dutee!

On Top Of The World: In July this year, Dutee became the first Indian track-and-field athelete to win gold in the 100 meter category at a global event. At the Summer Universiade at Naples she clocked 11.32 seconds. In the National Championships held in Rachi in October, she won gold clocking 100m in 11.25 seconds. In fact, it was a double gold for her as she won the 200m race too.