Role Of Culture In Independence From Colonizers 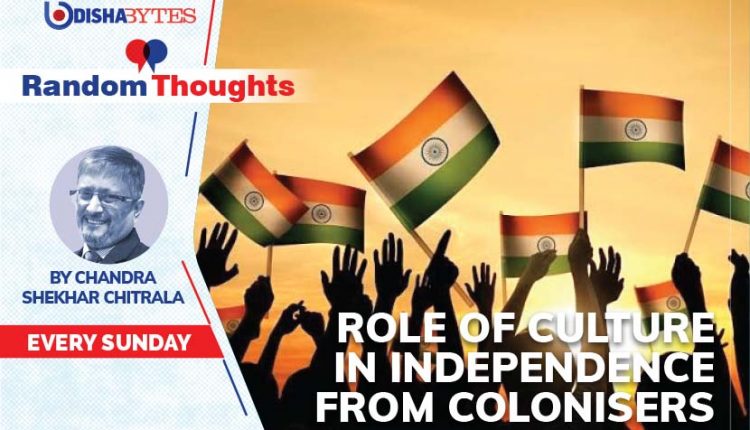 As India celebrates its 75th Independence Day, close by in Afghanistan, the Taliban are poised to retake control of the country. And in all probability, they will portray it as getting independence from American occupation.

While the Americans came into the country in 2001 with the mission of destroying the Taliban and establishing their version of an ideal society, the speed at which the Taliban have been able to re-establish themselves shows that the Americans, despite their lofty ideals, were regarded as nothing more than colonizers.

As colonizers from the past had realized, it is very difficult to replace a culture, especially one that is based upon religion.

Take our own country for example. Despite around 235 years of Mughal rule and 100 years of British rule, at the time of independence in 1947, our society was still a Hindu majority that still faithfully followed the tenets of the religion.

Which is why that even today after 74 years of independence, we have not been able to uproot the influence of religion, caste and the power of the rulers and the wealthy.

It took nearly 70 years, but finally a government that openly espoused the superiority of the Hindu religion and culture came to rule India. It was probably the anticipation of the inevitability of this happening that was one of the reasons for MA Jinnah sticking to his guns about a separate Muslim nation.

The reason for this is the fact that faith plays a major role in the lives of millions by giving them an anchor against the uncertainties of life. And this faith, which often takes root during childhood, is very difficult to replace once it’s lodged in our minds.

There is another reason why faith and religion are so powerful. Almost all the major religions originated as means to bring order and discipline in society by portraying them as proclaimed by the Divine, and the consequence of not following them being sentenced to some version of the purgatory after death.

Over time, in some cases spreading over thousands of years, the logic and reason behind the rules were forgotten and ritual and blind belief took over. This led to the rise in importance of those tasked with forming the bridge between the people and the Divine. In the Hindu society, power flowed to them as the interpreters of religion, and also to those with the power of might, that is the ruling and warrior class, and to those with the power of wealth.

Those with the power of wealth and the capacity to generate it were able to thrive even under colonizers, and those who derived power as hereditary rulers were allowed to maintain a semblance of power under the colonizers.

But despite their best efforts, the colonizers were unable to displace the beliefs and faith of the majority even though the formerly powerful priestly class was reduced to penury and left dependent upon the charity.

And this was the reason why even after colonization by two non-Hindu powers, the caste system is still so powerful in India, and any attempt to undo it can spell disaster for political parties.

This is the reason why today, as we celebrate our 75th Independence Day, instead of having a casteless society, we have a situation where states now have the power to make their own OBC lists.

This is also why the Taliban have been able to rise so swiftly and take over their country even as the Americans prepare to leave. Their culture is so deeply embedded in the majority of the population that they feel no dissonance as the Taliban resurface across the countryside. On the contrary, we get to see visuals of them being welcomed into towns and villages. While the rest of the world says that they are taking over by force, for the Afghans themselves, it is just a return to a system they were used to.

If anything, my heart goes out to all the teenagers and young adults, especially girls and women, who have grown up with relative freedom and non-enforcement of Islamic law, for unlike their parents, they will find it very difficult to follow the systems and processes that will inevitably be imposed.

Culture may be crushed, even sent into a coma, but given the slightest chance, it rises again like a phoenix and believing that it can be rooted out by force or by soft sell is a mistake that colonizers make.