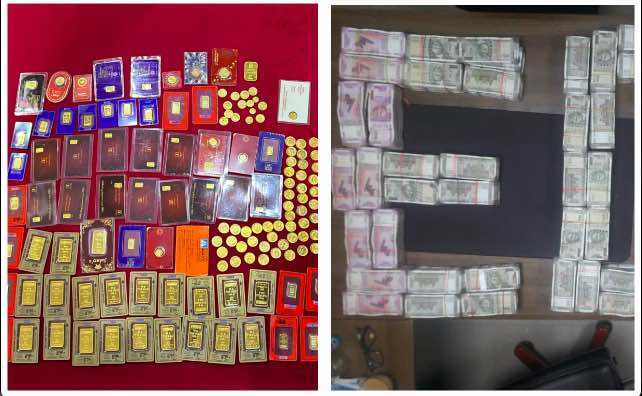 New Delhi: Unaccounted cash worth Rs 2.85 crore and 133 gold coins were seized after a day-long raid on the premises of Delhi health minister Satyendar Jain and his alleged associates as part of a money-laundering investigation, the Enforcement Directorate (ED) informed on Tuesday.

The searches were carried out on Monday.

According to the probe agency, Rs 2.23 crore was seized from the premises of M/s Ram Prakash Jewellers Ltd, whose directors Vaibhav Jain, Ankush Jain, and Naveen Jain are “directly or indirectly assisted Satyendra Jain in money laundering”.

“Investigation revealed that one accomplice member of M/s Lala Sher Singh Jivan Vigyan Trust had provided accommodation entries for transfer of land from company beneficially owned by Satyendar Kumar Jain to family members of accomplices in order to alienate the property and to frustrate the process of confiscation,” it said in a statement.

The cash and coins were “unexplained” and were kept in a “secret” place, it added.

The Delhi Minister has been in the ED custody since June 1. He was arrested after ED in April attached immovable properties worth Rs 4.81 crore in the money laundering case related to a Kolkata-based company.