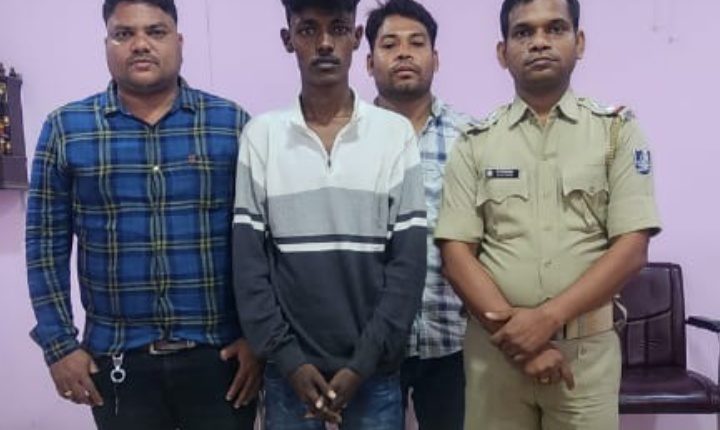 Berhampur: Salesman of a logistics firm and his friend were arrested for allegedly stealing 136 new mobile phones of different brands worth Rs 2.5 lakh from the company in Gosaninuagaon area in Odisha’s Berhampur town.

The accused were identified as G Naresh (21) and S Ajaya Kumar (22). They were arrested on charges of committing theft from Hiveloop Logistics Pvt Ltd near Sahu Kanta on NH 16 by breaking open the shutter lock, sources said.

Police swung into action after Managre of the firm, Birupakhya Dash lodged an FIR on January 16 stating that unknown persons had stolen four shipment articles containing 136 new mobile phones and 4 chargers by breaking open the shutter lock on the intervening night of January 15 and 16.

According to Berhampur SP Saravana Vivek M, G Naresh was working as the salesman of the company and S Ajaya Kumar was his friend.