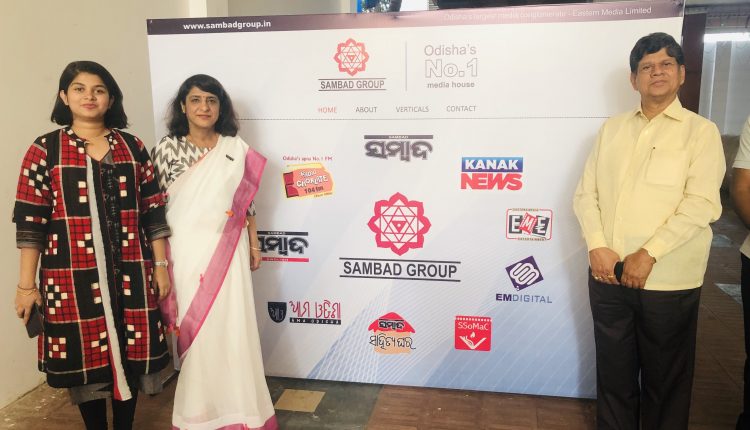 Bhubaneswar: Sambad Group has officially launched its company website that unifies all its verticals and provides related information on an easy one-click web portal.

It also includes Sambad School of Media and Culture and Ama Odisha (the CSR wing that is the flag-bearer of promoting Odia language and culture).

“As Odisha’s largest media conglomerate, it is essential for us to let our readers, viewers and audience know of all our brands. This website is a one-stop destination to portray ourselves as a 360-degree media outlet,” said Managing Director of Sambad Group Monica Nayyar Patnaik.

Chairman Soumya Ranjan Patnaik and Executive Director Tanaya Patnaik were also present at the launch event, held on the premises of Sambad Bhawan.