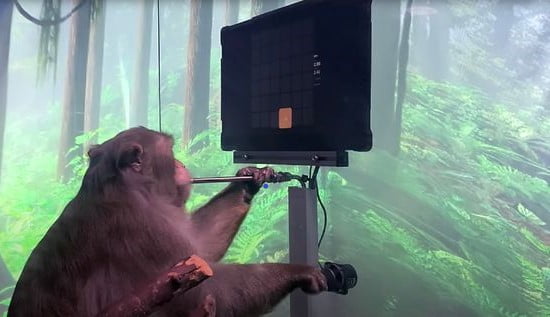 Growing up in Bhubaneswar in the 70s and 80s, one of the most eagerly awaited events in life was the release of latest James Bond movie.

Literally cut off from the mainstream of life in a small town, these movies gave us a vicarious glimpse into a world with fast cars, glamorous ladies and fascinating gadgets.

Though we knew these gadgets were fictional, we were nevertheless captivated by the imagination of their creators and secretly wished they could actually be real.

Now, with mobile phones, fast Internet, electric cars, drone-cams and above all, Google, we are living in the world imagined by Ian Fleming and the writers of the James Bond movies.

Almost everyday we learn about innovative inventions that were once the realm of science fiction, the latest one being Neuralink’s demo of the work they are doing.

On April 9, Neuralink, a company founded by Elon Musk and others, released a video of a male macaque monkey named Pager, who a few weeks ago had chips implanted in his brain.

These chips were able to capture the electrical signals generated by groups of neurons that controlled Pager’s hand movement as he used a joystick to move a cursor on a screen and send them wirelessly to a computer.

The software in the computer then analysed these signals to figure out which group of neurons needed to fire for which movement.

Once this was done, the joystick was disabled and instead of Pager’s hand, the cursor was moved by the computer tracking Pagers brain activity.

It was seen that just a few minutes of tracking the neurons was enough for the computer to send very accurate movements to the cursor, and even enabled Pager to play an excellent game of Pong on the computer with his mind.

While at first this may seem just a novelty, the implications of this are very far reaching – for the first time in the history of humanity, it allows the brain to exert its influence on objects without using the body.

Taking it to its natural conclusion, our minds finally have the ability to break free from the shackles and limitations imposed on us by our bodies.

We have finally achieved the ability to no longer depend upon our physical ability to get work done – we can now think it done!

The further applications of this are limited only by our imagination as tele-kinetics is now a reality.

For example, as we age, our response time increases and this affects our ability to drive safely. The time that elapses between the instant we think of applying the brakes and our body responding by pressing the brake pedal may not be short enough to prevent a collision with the vehicle in front of us. Having a device to control the steering wheel, brake and accelerator through signals from our brain would thus allow even senior citizens to drive safely.

Bionic arms and legs seem much more possible with this technology as signals from the brain could be used to control them with much greater accuracy.

Maybe we will be able to develop receptors capable of receiving signals from neurons without having to get chips implanted in the brain, and everytime we need to use tele-kinesis, we just put on a cap with the receptors.

Like with any other path breaking invention, there will definitely be many perspectives on the implications of this breakthrough, some favourable, some unfavourable.

Whatever happens, there is no denying that we have crossed a very important milestone in the evolution of human society as it attempts to solve life’s eternal questions.