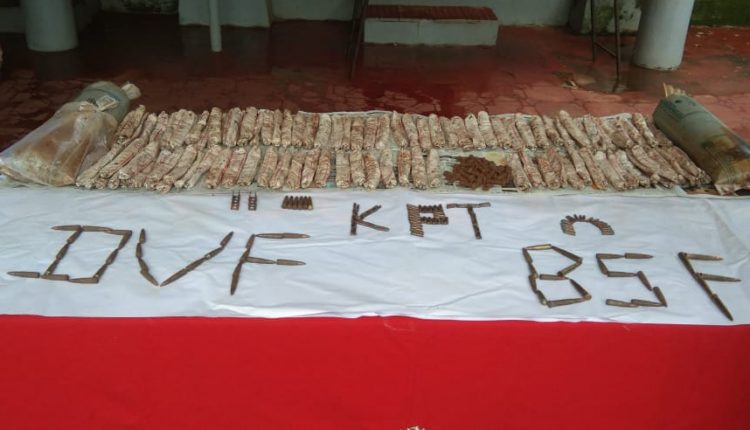 Koraput: Security forces have recovered huge cache of arms and ammunitions of Maoists during a combing operation in a forest area of Odisha’s Koraput district.

On the basis of reliable information about presence of a Maoist camp, a team of District Voluntary Force (DVF), Koraput along with personnel of 151 Battalion, Border Security Forces (BSF), Ramagiri COB, launched the combing operation in forest areas of Ambagandili, Maliguda and Garampani villages under Boipariguda police limits on Sunday.

During the operation, the security forces came across a Maoist explosive dump in the forest area of Garampani on Monday. They recovered nine .303 ball ammunitions, 48 AK-47 ball ammunitions, 108 number of .22 inch  ammunitions, 2 charger clips, 1.5 kg of splinters and 95 gelatin sticks from the dump, said Koraput SP Varun Guntupali at a press meet on Tuesday.

It may be noted that the banned Maoists are observing ‘Martyrs Week’ in their strongholds in the state since July 28 and would continue till August 3.

IMD Forecasts Rain In Bhubaneswar, Cuttack & These Districts Of Odisha