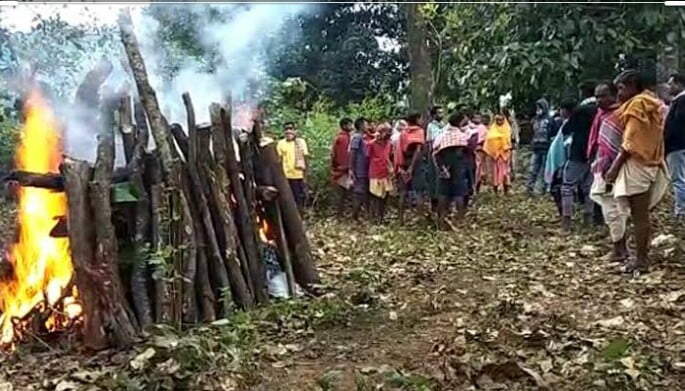 Cuttack: The cremation of the separated conjoined twin Kalia, who died while undergoing treatment at the SCB Medical College and Hospital on Wednesday night, was held at his native village Milipada in Phiringia block in Kandhamal district on Thursday.

The cremation was held in presence of the local BDO.

The Odisha government had also provided Rs 2,000 under Harischandra Yojana and Rs 10,000 from CM relief fund.

As informed by the SCB Emergency Officer Bhubanananda Maharana, the parents had taken the body of their son to their native village the previous day in an ambulance van for cremation while leaving Jaga at the hospital.

He said that Kalia was in a critical condition for the last two days. A team of experts from different departments was engaged in reviving the condition of Kalia who was on ventilator support. But he finally succumbed at 9.10 pm.

Expressing grief over the death of Kalia, Chief Minister Naveen Patnaik said that despite the doctors’ valiant efforts they could not save the life of the twin. Praying God to give strength to the bereaved family in these trying circumstances, he wished the speedy recovery of Jaga.

The twins, Jaga and Kalia, were joined at the head since birth. Following the state government’s intervention and funding, they underwent a complicated surgery for 21 hours at All India Institute of Medical Sciences (AIIMS) in New Delhi in October 2017. They stayed in the AIIMS for two years to enable the doctors to keep an eye on the progress in their health conditions before coming to Odisha in 2019.

They were undergoing treatment at SCB Hospital. The health of Kalia started deteriorating in the last few months. The doctors in the hospital, however, said the condition of Jaga was stable.