Jeypore: The COVID-19 tally in Koraput district rose to 2,539 on Tuesday with 173 positive cases reported in the last 24 hours. This was the sevond-highest single-day spike in cases recorded in the district so far.

According to the district administration, 80 of the newly infected were the direct contacts of previous cases, 78 were local contacts and 15 were detected in quarantine centres.

Of the local contact cases, 13 were from containment zone.

Also, seven of the newly infected were Andhra Pradesh returnees while two each were returnees from Himanchal Pradesh and Delhi. One each had travel history to Bhubaneswar, Malkangiri, Nabarangpur, and Bangalore. 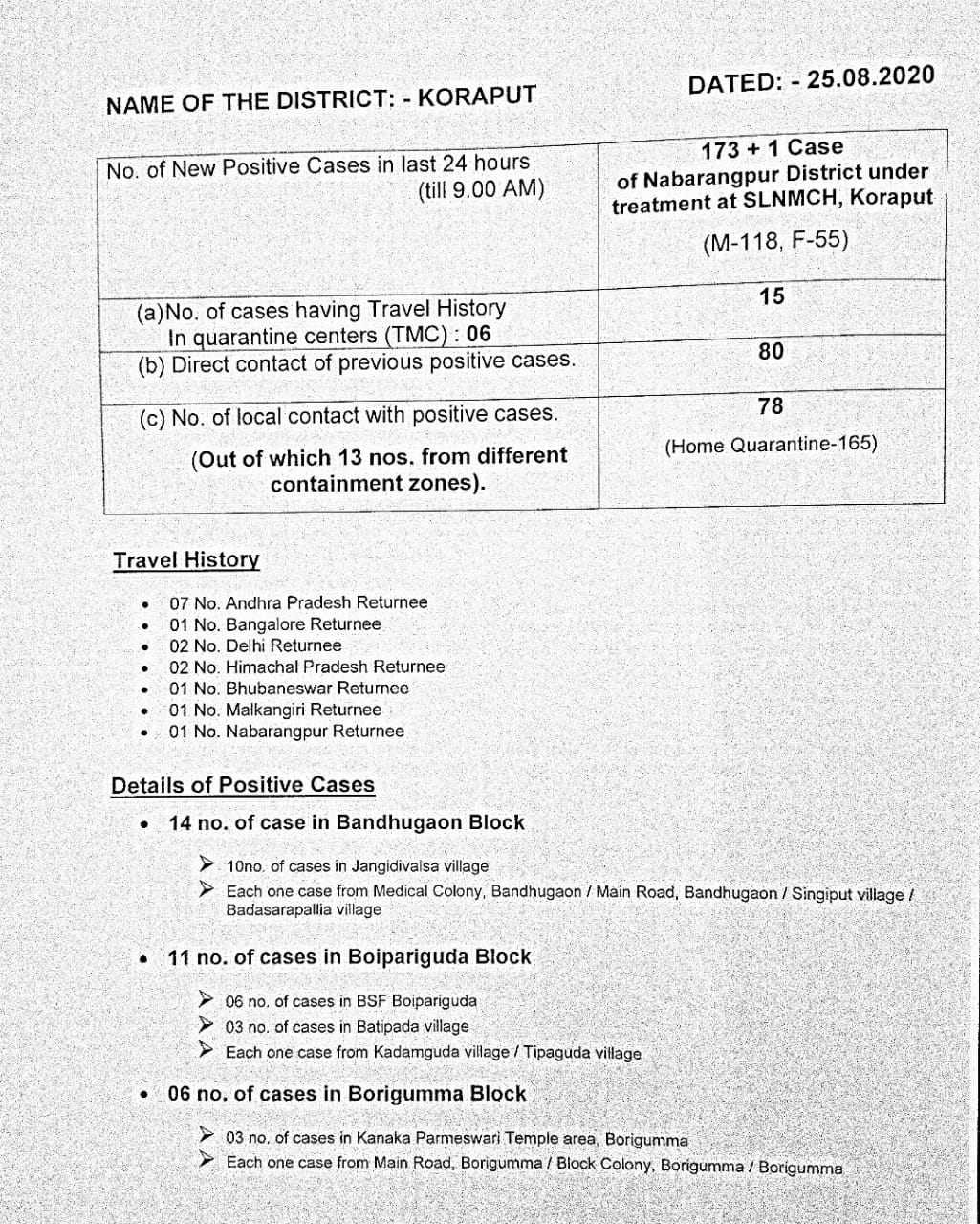 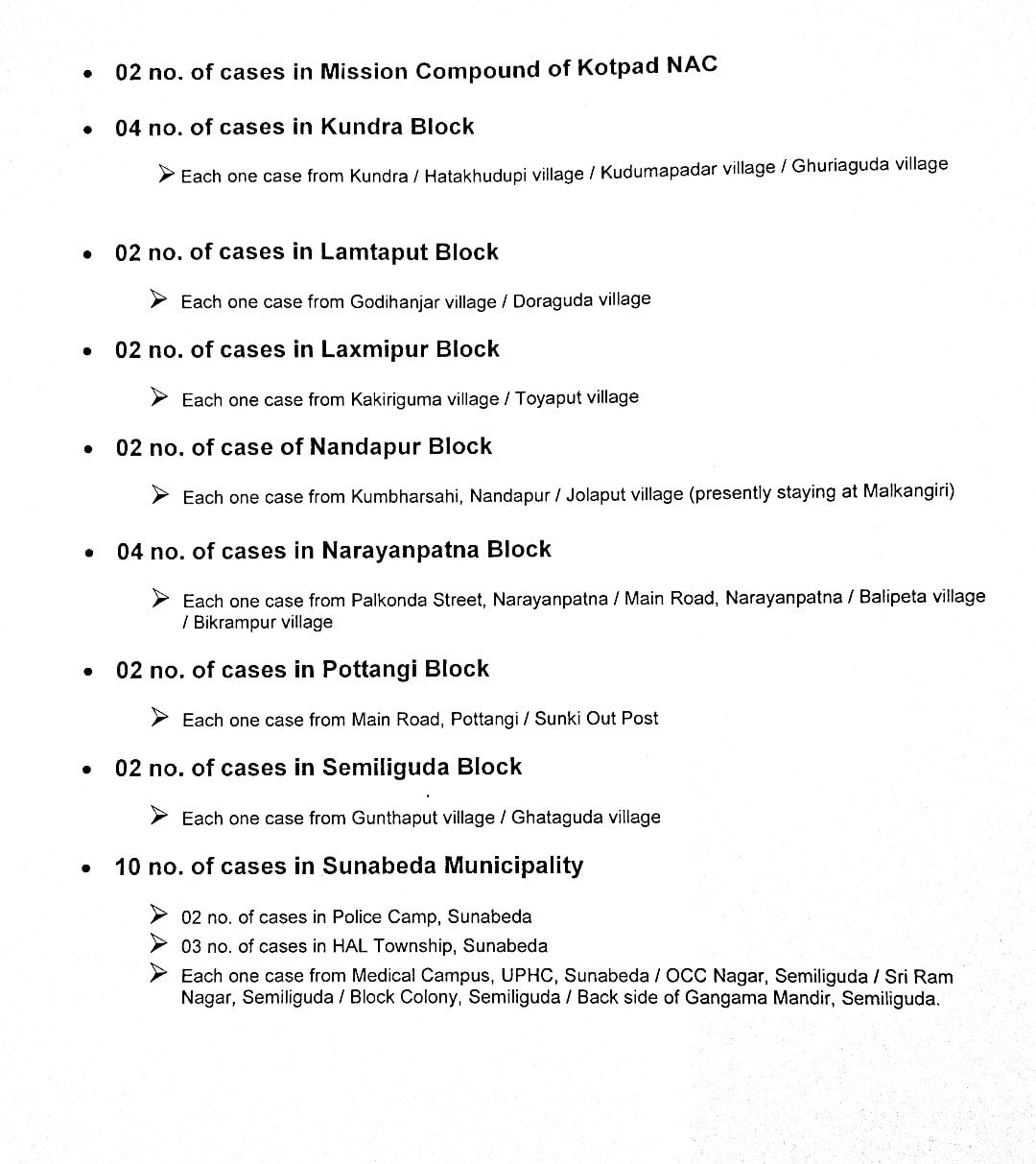 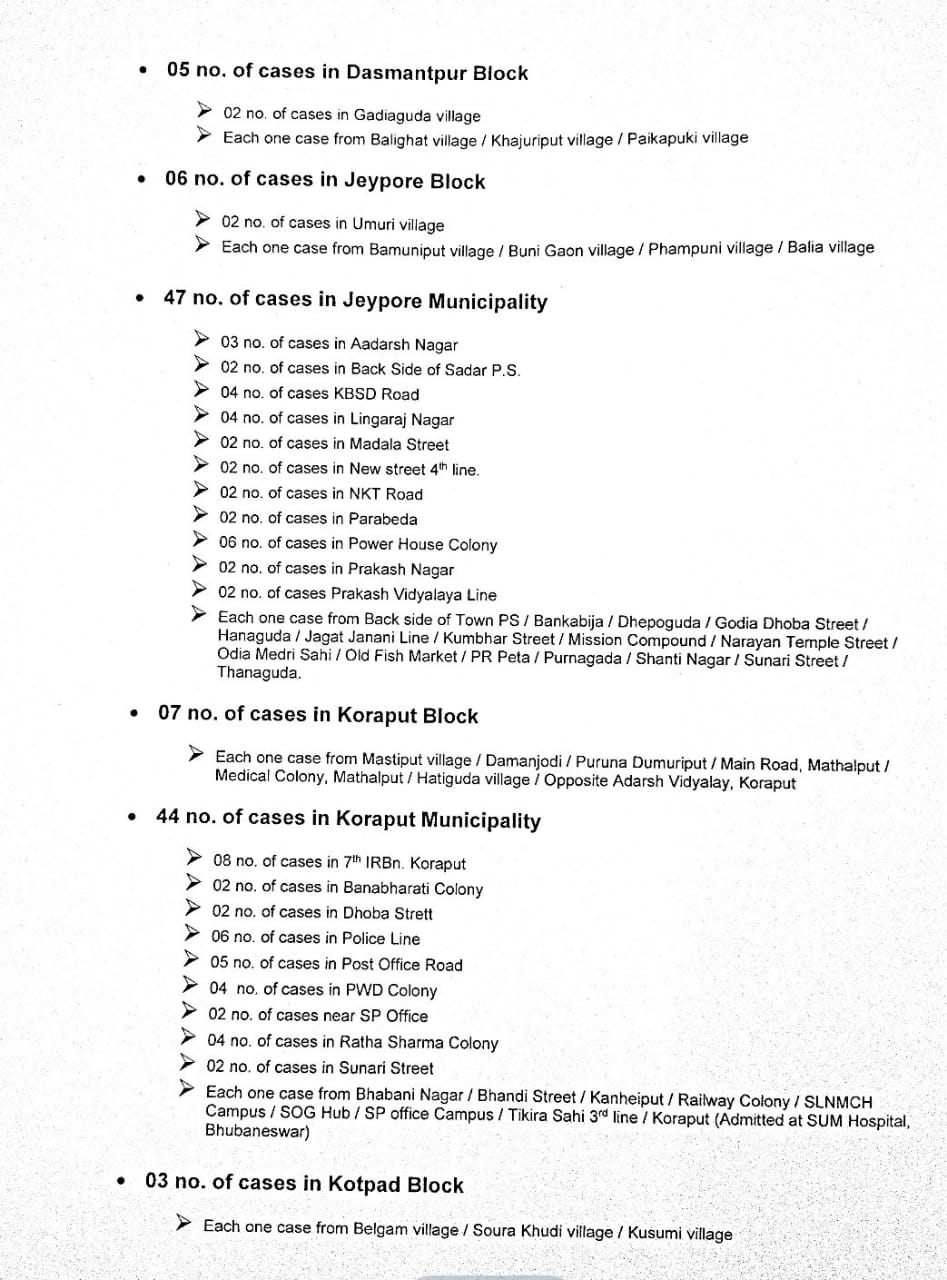