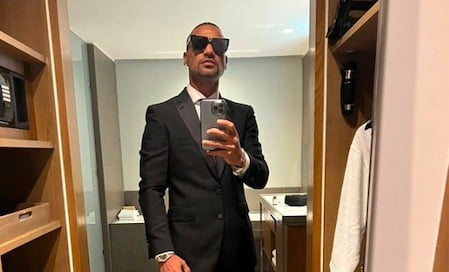 Mumbai: Gabbar of Indian cricket team Shikhar Dhawan is set to make his Bollywood debut, shooting for which has reportedly been completed but deliberately kept under wraps.

According to Pinkvilla, Shikhar is playing a pivotal role in the film and not a cameo. “Shikhar always had huge respect for actors, and when he was offered this part he was happy to come aboard. The makers felt that Shikhar suits the character and reached out to him a few months back. It’s a proper full-length role and is not a cameo. His part is pivotal to the film, which is expected to release sometime this year,” the report quoted a source as saying.

Notably, Shikhar is representing Punjab Kings in the ongoing edition of Indian Premier League 2022 and is among the top 5 run-getters. He has already shown the entertainment side to his fans through TikTok and Instagram videos.

In January, he posted a reel on his Instagram handle mouthing Pushpa Raj’s dialogues.