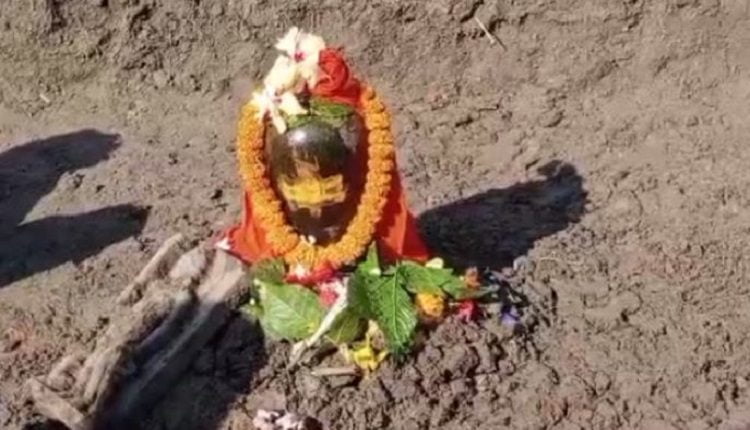 Bhadrak: A ‘Shiva Linga’ was reportedly found during excavation work for construction of a park at Baladiapada under Goramati panchyat in the district on Saturday.

According to sources, while a tractor was doing the levelling of the ground, it hit a stone-like substance. As a part of the tractor got damaged, the workers cleared the soil to repair it. During the process, they found a stone of the shape of a ‘Shiva Linga’. As the news spread, people of the village and nearby areas thronged the place and started worshipping it.

Local sarpanch Ganesh Prasad Mallick admitted that a Shiva Linga has been unearthed in the village and said people are coming in large number to the place.

One Dies As Bike Falls From Bridge In Odisha’s Ganjam

Negative COVID Report Must For People Arriving In Delhi From…