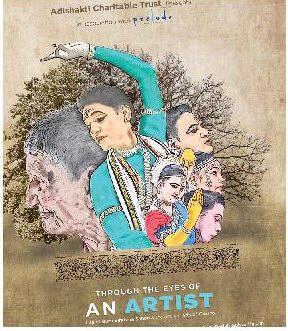 Bhubaneswar: Filmmaker Abhishek Swain’s short film ‘Through The Eyes Of An Artist’, which is based on Late Gotipua dance Guru Birabar Sahoo, released recently.

“This film shows how different forms of art are interconnected to each other and also to an artist’s life. This film was shot during the last days of Birabar’s life,” said Abhishek, who has directed, edited, and also written the story and screenplay for the film.

Sahoo, who was born at Indolakusiari in Balipatana block in Khurda district in 1930, had given a new identity to Gotipua dance during his eight-decade-long association with the traditional dance form of Odisha. The late Gotipua exponent was also the recipient of a national award.

Made under the banner of Adishakti Charitable Trust, Dr. Kalandi Charan Sahoo and Sheikh Gulzar Husain have produced the film and Kisaloy Roy has scored the music.