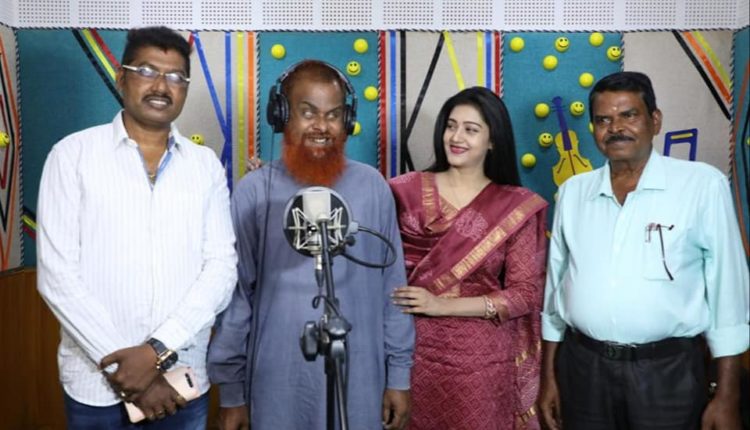 Cuttack: Visually-challenged Abdul Samad Nizami of Praharajpur village under Kisan Nagar tehsil in Cuttack district is popular as Bhakta Salabega for his renditions on Lord Jagannath.

Known as Shyam Chacha in his area, the Jagannath Bhajans sung by him were recorded at Pratibha studio, Sector-9 in Cuttack. Music director Prem Ananda directed the song.

The 59-year-old singer lost all work during the lockdown and was facing a tough time. After learning about him from newspaper, Varsha met him and assured help.

Keeping her promise, Varsha took the initiative for recording the song. With Varsha, a retired headmaster Pradipata Kumar Acharya was present in the studio.

Abdul Nizami lost his vision due to an illness at the age of three. In 1974, a teacher Pradipta Kumar Acharya had come to Kala Vikash Kendra in Cuttack to learn Tabla. Though, he had to discontinue music due to poor financial condition, he came in contact with Bhajan Samrat late Bhikari Charana Bal during that period.