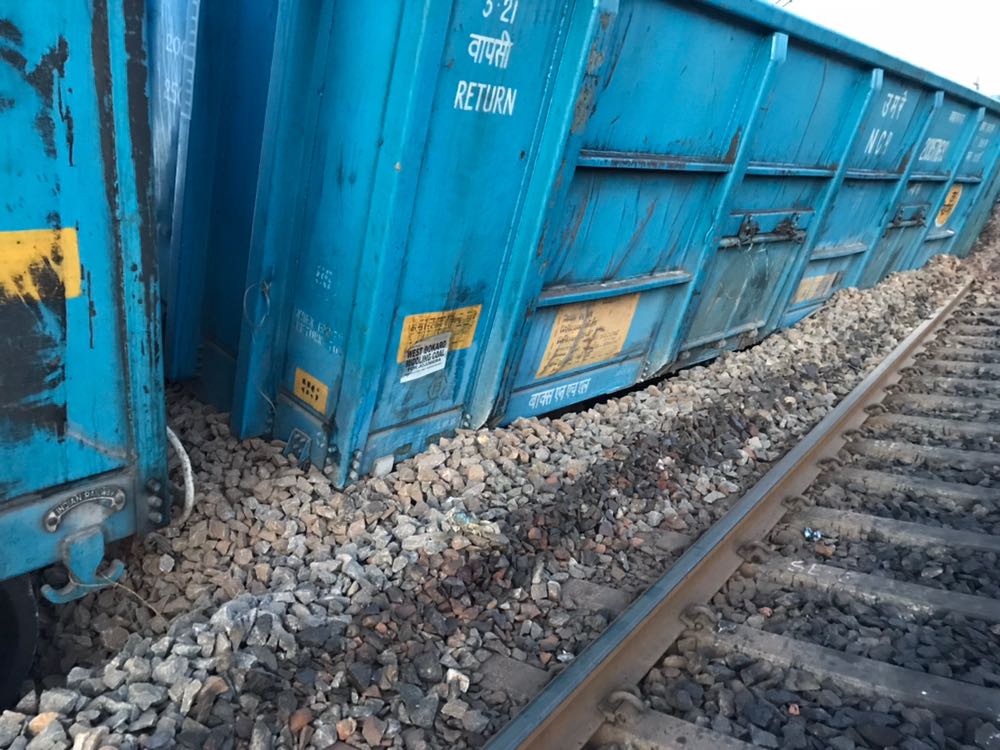 Koraput: Six wagons of a goods train derailed between
Dumuraput and Damanjodi railway stations in Koraput district late on
Wednesday.

No injury or casualty was reported in the mishap.

The accident took place at around 12:45 am when the train carrying
coal was heading towards Visakhapatnam from Jagdalpur.

Following the derailment, train services were largely affected on the route.

According to railway officials, it was a major technical glitch which
resulted in the derailment.

The Bhubaneswar-Jagdalpur Hirakud Express, which left Bhubaneswar
Railway Station on Wednesday, will be running up to Rayagada.