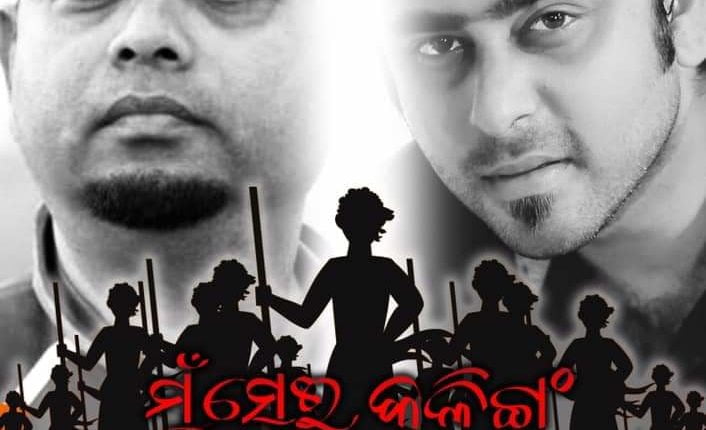 Bhubaneswar: As the world grapples with the deadly COVID-19 pandemic, music is playing its role in soothing frayed nerves and helping us connect with our soul.

In an attempt to boost positivity among people with the message “this shall too pass”, award-winning filmmaker Snehasis Das has donned the hat of lyricist and is set to release the music video ‘Mu Sei Kalinga’ next week.

Made under the collaborative banner of The Naked Eye Films and Abhijeet Mishra Productions, the music video will be released on July 22 over all audio and video platforms.

Explaining the concept and idea behind it, Snehasis said, “This 3.5-minute music video is not just about pandemic. Rather, it is about reminding people about the syncretic and legendary history of Odisha (erstwhile Kalinga), facing the difficult times and the way we have managed to overcome them. Keeping that in the mind, we should take care of our mental health as a priority and must remember that nothing is constant and this pandemic will also pass.”

He wants to convey the message that we were all fighters and can fight this health crisis too. “It is our identity and we shouldn’t shy away from it. Whenever felt let down by any distressing situation, I hope people will feel recharged, boosted, motivated after hearing and watching this music video and can get back to their normal life,” Snehasis said.

He conceptualized it after his friends and peers shared their experience of mental state and apprehensions about the future amidst the lockdown period.

‘Mu sei Kalinga’ is the third music video of Snehasis. He had earlier directed music videos like ‘Hausla na Ruthe’, which sought to boost those affected by the 1999 Super Cyclone, and ‘Ghar Jana hai’, depicting the situation of drought and migration of families.

“Working during lockdown was very challenging. Our singer Abhijeet Mishra is based in Mumbai and I was in Odisha. So it actually took a lot of effort to bring things together. I had to explain the concept and my lyrics to him virtually and the entire process took nearly three months to complete. Working with such a talented singer was wonderful. I had worked with him before and we know each other well. It is this bond that we share that helped us do this project in proper sync,” Snehasis explained.

Visuals of icons and eminent personalities, traditions and festivals, art and culture, alongt with some animated visual clippings about the history of Odisha will be a treat for the audience, believes Snehasis.

Singer Abhijeet, who has also composed this music video, had hinted during a conversation with Odishabytes earlier about coming up with something big very soon. Talking about it he said, “Yes, it was this music video I was working on. The concept of this is very different. People should think that they are this Kalinga who has survived so many difficulties, can survive the present apocalyptic situation and also the ones to come in the long run. Kalinga has that innate strength. If people think this way, they will certainly be able to cooperate and contribute to the society with responsibility.” Abhijeet said.

Sharing a deeply impactful moment during the process of composing the song, he recalled, “I had to record it several times and made my father listen to the song. His words ‘this is Abhijeet singing and not Kalinga’, touched me. This was the only spark missing in the composition. As I rechecked all recordings, I found that the one I recorded on the day of Guru Poornima connected very well to the concept. I consider this as a blessing by my Gurus in helping me work on this concept.”

Abhijeet had recently come up with ‘Karo na’, which was his way of urging everyone to stay positive and productive during this pandemic.

Abhijeet believes that music knows no borders. “We enjoy Spanish music, even if we may not understand the language. Similarly this music video is not for any target audience. Language may be a barrier as it is in Odia, but anybody can feel and relate to the music.”

Just goes to show that even in the most trying of circumstances, music will play on and provide succour to troubled minds in times of distress.

6-Seater MG Hector Plus Launched; Check Out The Bhubaneswar Prices