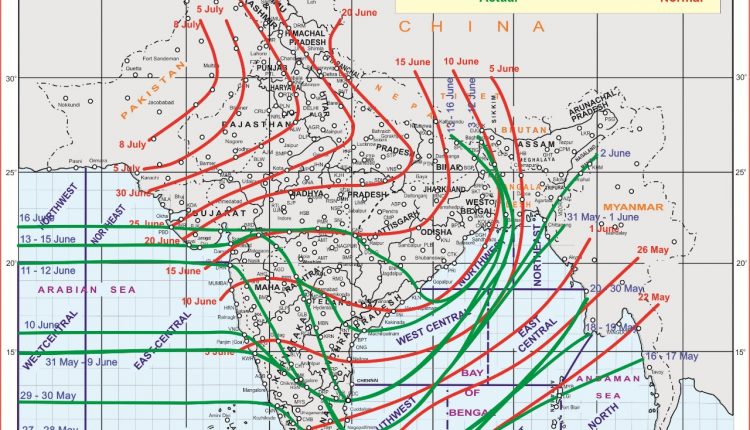 Bhubaneswar: After a brief delay, Southwest Monsoon arrived in Odisha on Thursday. It has advanced into some parts of south Odisha, the India Meteorological Department (IMD) informed.

Under its influence, southern districts are likely to receive rainfall. Odisha has been witnessing an increase in rainfall activity with the flow of moisture and pre-monsoon clouds from the east strengthening towards the state.

The IMD had earlier predicted the onset of monsoon over Odisha by June 15 or 16.

The arrival of monsoon is certainly a positive sign for agriculture as the state has seen 70% deficient rainfall so far in June.