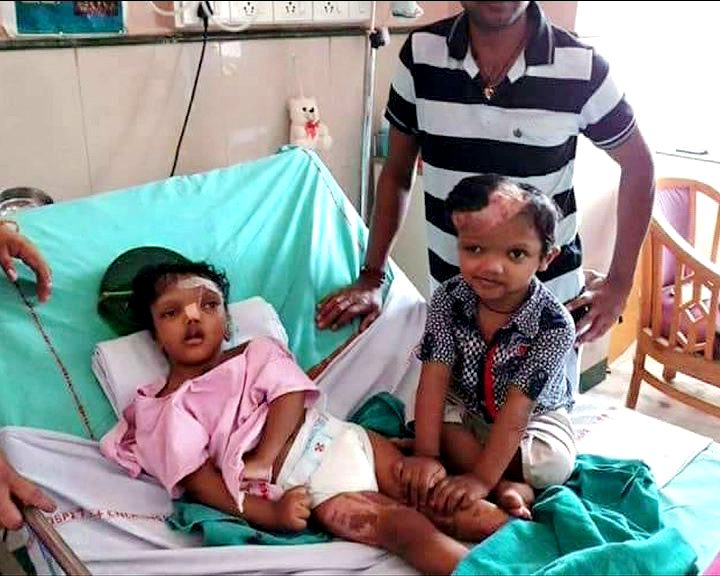 Cuttack: With the separated conjoined twins Jaga-Kalia all set to be discharged from the AIIMS-New Delhi, efforts are being made to provide them special post-surgery treatment at SCB Medical College and Hospital in Cuttack.

Prof Jayashree Mohanty, principal and dean of the SCB, said that the twins will be admitted to the neurosurgery ward and a team of specialist doctors from various departments will be formed for their treatment.

A decision to this effect was taken at a review meeting of the Health Department at the State Secretariat in Bhubaneswar on Saturday.

Notably, the Health and Family Welfare minister Naba Das had told the media that the state government decided to shift the twins to the SCB since the authorities of AIIMS-Bhubaneswar were reluctant to take them in due to lack of necessary facilities for their treatment.

The twins have been undergoing treatment at AIIMS, New Delhi, after being successfully separated in an 11-hour marathon surgery by a team of 30 specialists from neurosurgery, neuro-anaesthesia and plastic surgery departments on October 25, 2017.

Newlywed Woman ‘Strangulated To Death’ By Husband In Puri