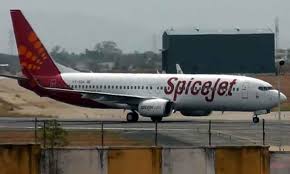 A SpiceJet technician died in a freak accident while carrying out maintenance work on an aircraft at Kolkata airport on the wee hours of Wednesday, officials said. The incident happened around 1.45 am, PTI reported.

“The technician was carrying out maintenance work on the landing gear of a Bombardier Q400 plane belonging to SpiceJet, when the landing door accidentally got closed and he got stuck,” a senior airport official told PTI. The landing door was broken and the technician’s body was removed with the help of fire department personnel.

The deceased was identified as Rohit Pandey. Details of how the door accidentally shut are being examined by police.

In a short statement issued on Wednesday morning, SpiceJet said, “Extremely saddened to share that our technician Rohit Pandey passed away in an unfortunate incident at Kolkata airport.”