Squall@65Kmph Due To LOPRA In 48 Hrs; No Heavy Rainfall Alert For Odisha Till Oct 22 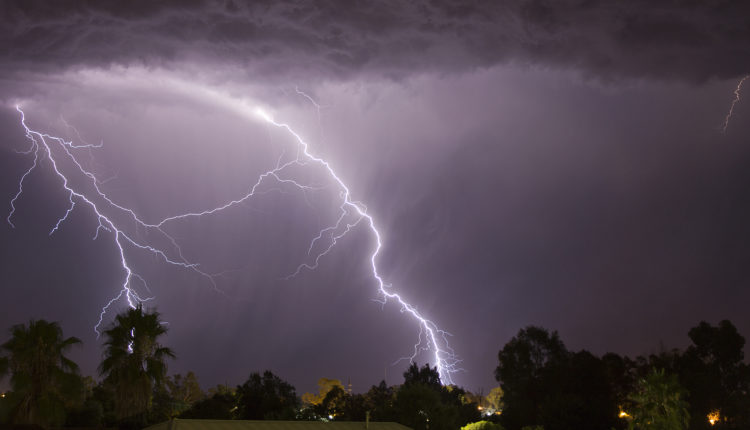 Bhubaneswar: Squally weather with surface wind speed reaching 45-55 kmph gusting to 65 kmph is likely over westcentral and adjoining northwest Bay of Bengal under influence of the anticipated low pressure, which may form over the southeast and adjoining east-central Bay of Bengal around October 22.

However, there is no possibility of heavy rain in Odisha till October 23 morning.

The MeT office has forecast ight to moderate rain and thundershower at one or two places in Odisha till Wednesday morning and in coastal Odisha, Keonjhar, Mayurbhanj, Dhenkanal, Kandhamal, Rayagada, Malkangiri, and Koraput from 8.30 am of October 19 to 8.30 am of October 20.

The intensity of rainfall may increase thereafter with the MeT office predicting fairly widespread rains and thundershower activity between October 21 and 27, which may dampen Diwali festivities in Odisha.

The weather department has warned fishermen against venturing into deep sea areas of west-central adjoining northwest Bay of Bengal from October 22. 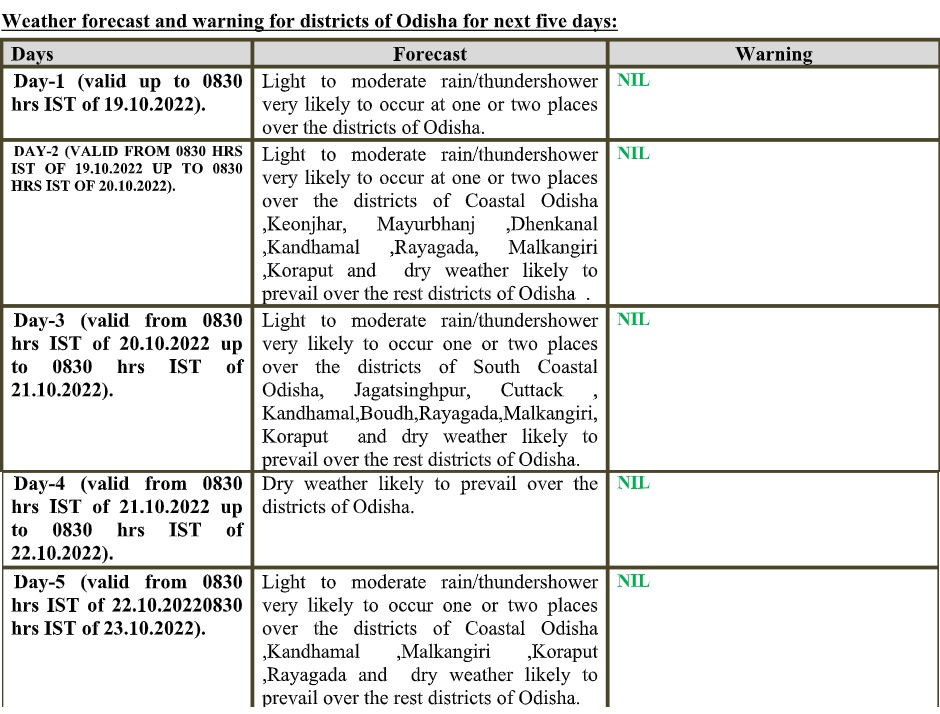