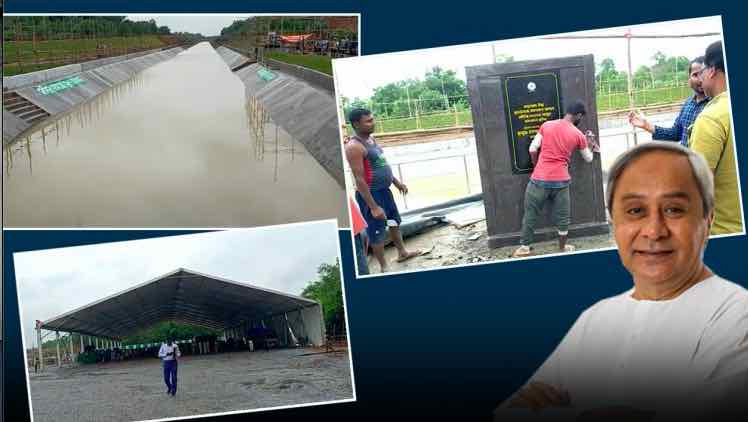 The Chief Minister, who will be visiting the district almost after a gap of three years is also likely to launch several other development projects in the tribal-dominated district, official sources said.

Elaborate security arrangements have been made at Tikapada under Rasagobindapur block and Hatibari under Karanjia block and other places where Naveen is scheduled to visit. The district administration is giving final shape to all arrangements in coordination with the Chief Minister’s Office and police.

“Proper arrangements have been made and we are watchful to ensure that both the functions to be graced by the chief minister are held in a peaceful and smooth manner,” Mayurbhanj SP Rishikesh D Khilari said.

People have been advised to wear masks and maintain hygiene at both places, he added.

“Till last year, 35,000 hectares were being irrigated and now the Subarnarekha project would irrigate around 52,000 hectares more when the Chief Minister launches the release of more water,” Chief Engineer, Water Resources, B K Mishra said.

Of the over 17,000 hectares to be irrigated with the inauguration on Friday, more than 11,000 hectares are in Mayurbhanj district and over 5,000 in Balasore, he added.

The Deo irrigation project, proposed in 1992, would irrigate around 10,000 hectares in Mayurbhanj and Keonjhar districts, sources said.

The visit holds political significance with the BJD, which undertook several course correction measures after the drubbing in the 2017 panchayat polls followed by the Lok Sabha election in 2019, slowly regaining its lost ground in the tribal-dominated district. The BJP won six of the nine assembly segments along with the Mayurbhanj Lok Sabha seat in the 2019 elections.

The February panchayat election marked the turn of the tide as the ruling party of Odisha with organizational secretary Pranab Prakash Das as the observer won 53 of the 56 zilla parishad seats.

The ruling BJD also put its weight behind Droupadi Murmu, who is also from Mayurbhanj, for the election to the top constitutional post in the country with Naveen hailing her as the “daughter of the soil.”