Steel Man Of India JJ Irani Passes Away At 86 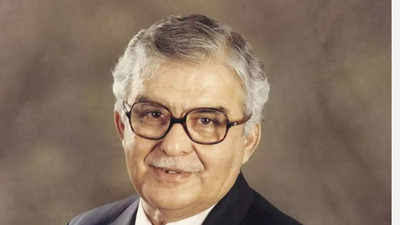 Jamshedpur: Jamshed J Irani, fondly known as the Steel man of India, passed away at the age of 86 at Jamshedpur’s Tata Hospital on Monday.

“The Steel Man of India passes away. It is with profound grief that Tata Steel informs of the demise of Padma Bhushan Dr Jamshed J Irani,” Tata Steel said in a statement.

Irani had served the company for over four decades before retiring from the board of Tata Steel in June 2011. Besides Tata Steel and Tata Sons, Dr Irani also served as a Director of several Tata Group companies, including Tata Motors and Tata Teleservices.

He was conferred the Padma Bhushan in 2007 for his contribution to the industry and the Lifetime Achievement Award in 2008 as an acknowledgement of his services in the area of metallurgy.

Irani is survived by his wife Daisy Irani and his three children, Zubin, Niloufer, and Tanaaz.

(With input from PTI)